Picture this: the year is 1969 and a 23-year-old music student completing her master’s degree in composition meets Don Buchla, the man behind one of the first voltage controlled modular synthesisers, not to mention someone already considered a pioneer in the field of sound synthesis. The student in question was a fresh-faced Suzanne Ciani, and little did she imagine what would follow. After all, this chance meeting would pave the way for a professional relationship spanning close to 5 decades, also setting her up to continue the Buchla legacy after his passing many years later.

Fast forward to 2019 and Ciani’s considered a world-renowned electronic music pioneer in her own right. Still performing live with Buchla-developed technology, we spoke to the woman affectionately known as the ‘Diva of the Diode’ ahead of a recent Dekmantel Festival appearance (by the way, the dust may have only just settled, but tickets for the 2020 edition are on pre-sale now).

Even for those unacquainted with the trials and tribulations of traditional music composition, it isn’t hard to imagine how technology granting complete creative autonomy would pose an attractive proposition. Buoyed by a newfound independence, Ciani took to the Buchla like a duck to water. “As a composer what the Buchla gave me was the opportunity to completely control the output of my musical imagination,” she says. Compared to the “distant and laborious” nature of traditional composing reliant on enlisting the services of musicians, the Buchla provided a far more immediate experience.

It was particularly liberating for women. As is the case in so many industries, Ciani had to go that extra yard to be taken seriously, experiencing discrimination from the get-go. Machines like the Buchla empowered her to prove the doubters wrong. “Getting the opportunities, there aren’t that many women, lets be honest, that get the openings to realise their vision compositionally. In the context of all these historical, sociological and cultural realities, electronic music for women, and there were a lot of women interested [in modular synthesisers], was natural, because it gave them control and they didn’t depend on the system,” she explains.

The Buchla synths opened doors to other realms of possibility previously inaccessible, namely those surrounding similar machines and more traditional, acoustic instruments. This was in part thanks to the way they were designed. Due to the lack of a keyboard, the user “immediately explored the machine consciousness of creating music.” This engendered a “very interactive” experience that was more “partnership” than one-way relationship. Ciani even goes so far as to describe the Buchla 200 as an “advanced companion,” rather than merely an instrument at her disposal.

“Because it had no keyboard, you immediately explored the machine consciousness of creating music and so it was a different world and it was very interactive and that’s where the partnership comes in because the machine is doing as much as you are, it’s not like hitting a keyboard where you hit a note and a pitch comes out, which is all very, interesting but that’s very contained,” she explains. “You have all these systems of lights and patch cords that tell you what’s going on inside, so that’s how it seems to be alive, it’s communicating what’s going on inside all the time.” 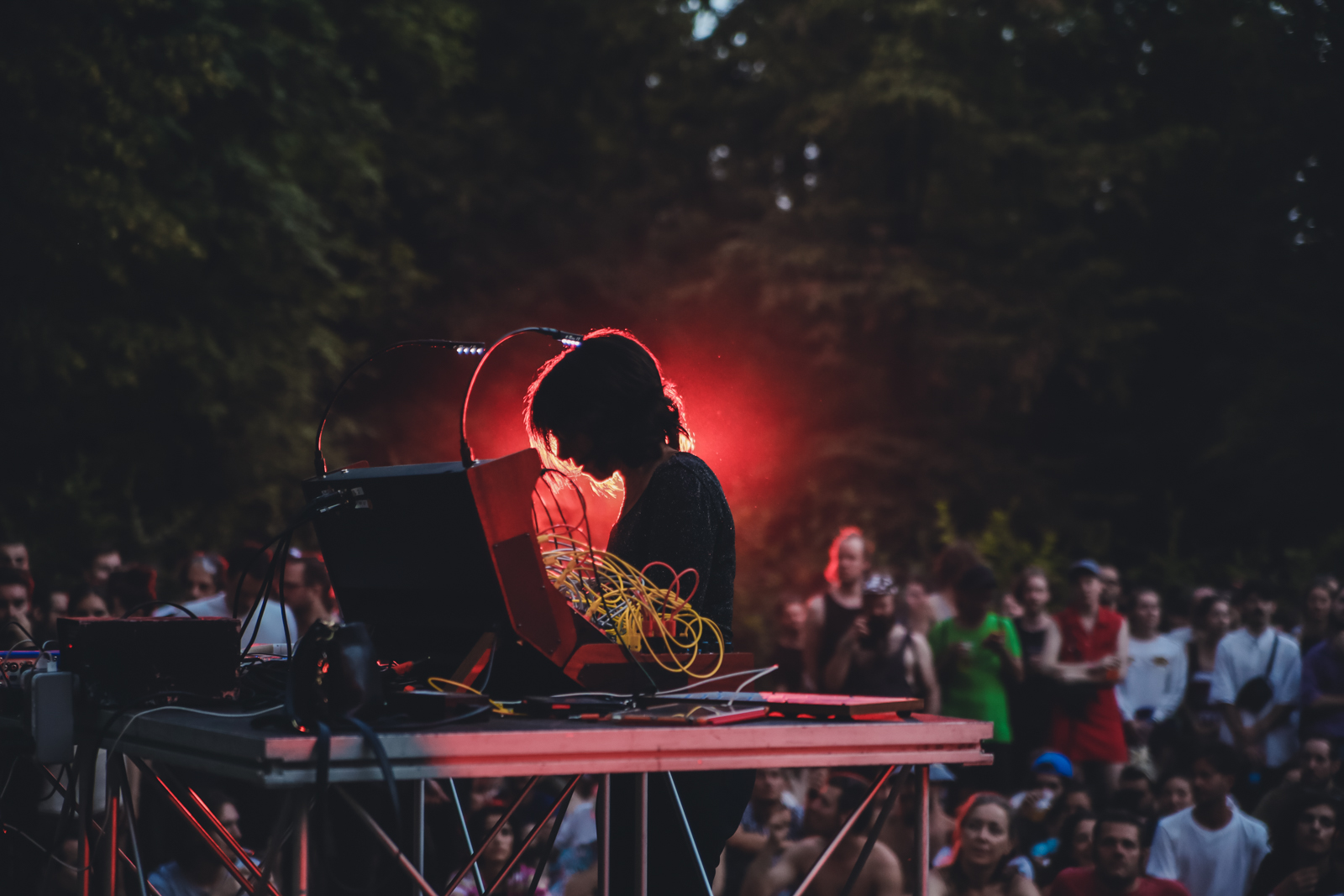 The Buchla 200 was first and foremost engineered as a tool for live performance. Intuitive and responsive, it would shape the way she approached electronic music. It’s also a piece of technology that Ciani considers “totally superior” to many of its competitors.

“The Buchla had more nodes where you could interact and impact the sound, and it also had a feedback system so you could do it live. If you looked at the early Moog, you didn’t know where anything was or what was going on inside. I don’t want to put the Moog down in any way but it was different instrument,” she says. “There were so many different ways you could interact… There were so many functions that you just didn’t have on other instruments” of the time.”

An innovator virtually unparalleled, Buchla was peerless in developing instruments capable of guiding “spatial placement of sound” with a control voltage. Ciani remarks that Buchla’s “concepts were coming from another world,” considering him the “Leonardo Da Vinci” of that medium. “Leonardo Da Vinci did things that didn’t manifest for hundreds of years but he envisioned them, and that’s what Buchla did. And he also implemented them. So that’s why I’m sharing the Buchla with my audience, so that we acknowledge, and that we don’t reinvent the wheel.”

While being one of the Buchla’s foremost proponents, Ciani doesn’t consider it the be-all and end-all of electronic music production. Rolling off a list of her preferred electronic instruments, she notes a sequencer from Sequential founder Dave Smith and the Yamaha CS80 as two particular favourites, adding that she even programmed sounds for another Yamaha synth in the DX7. Embracing many advances in technology, purists taking a po-faced view of certain innovations are called into question. “There are some wonderful choices. I’ve seen iPads that are just astonishing and some of the graphic interfaces are wonderful. There’s more to explore in ways now, but it’s all good.”

“One situation doesn’t really reflect on another, you can’t say one is better; they’re just different. It’s like if you pick up pastels or oil paints or watercolours or charcoal or a pencil, and you make a piece of art, you don’t look at the drawing and say it lacks colour. It’s a different medium with complete, infinite artistic potential. It’s a tool. Technology is a tool. You know, paint, or a brush, it doesn’t really define anything – the artist defines it,” she explains. “It’s futile to compare that because something came down from a cloud its superior to something else. MIDI was hugely expressive, and I did a lot of MIDI albums. It’s a different world though. Yeah, you can paint in oils and now you’re going to move to watercolour. It’s all under the umbrella of technology but they’re distinct completely.” 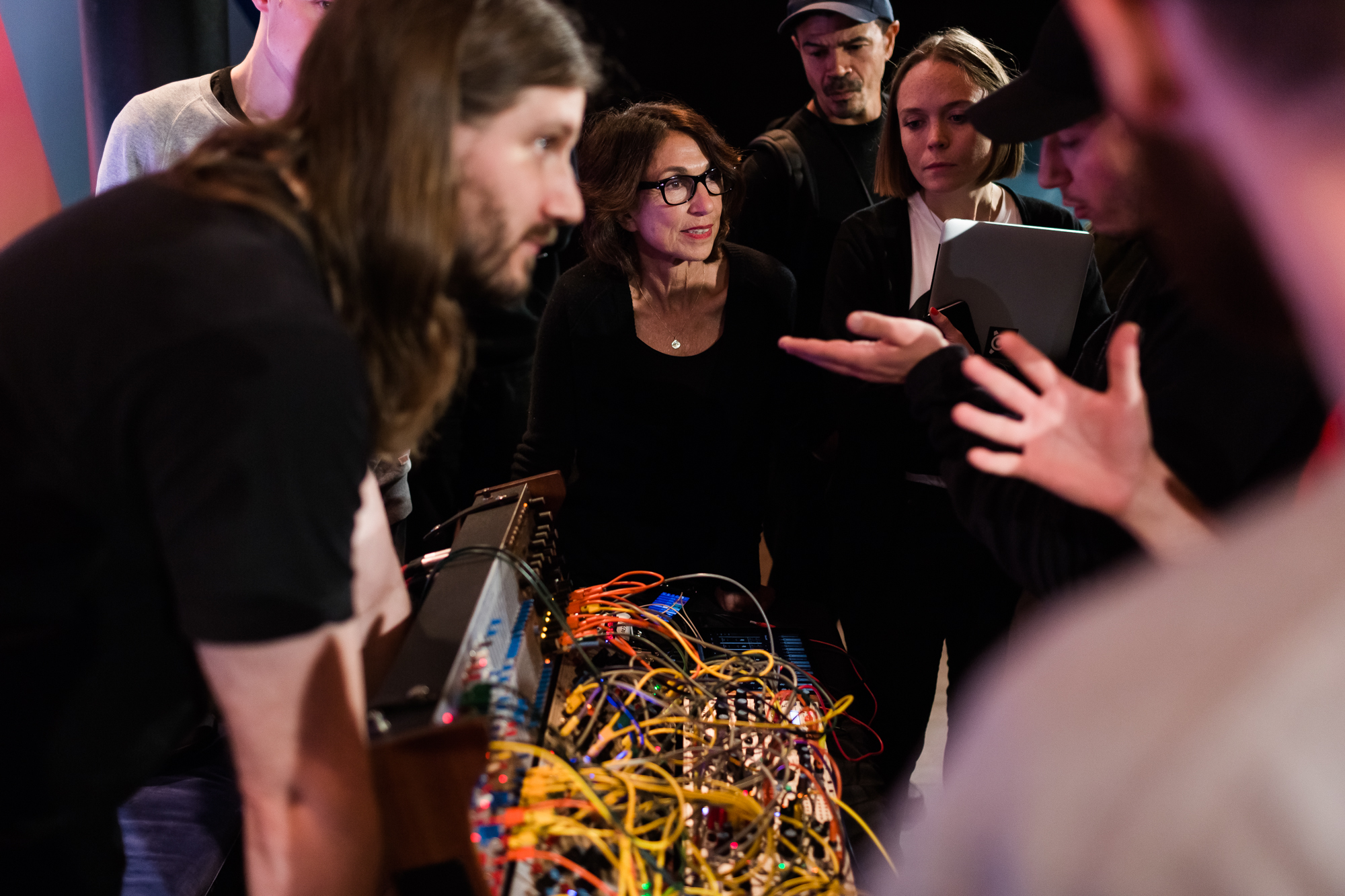 As an electronic artist, Ciani had to be patient to find her audience. In fact, the disconnect between her work and a wider world incapable of comprehending it forced a change in approach. “My early period, my Buchla period, fell on deaf ears. I really had no audience,” she explains. “I did it, but nobody could hear it. There was no cultural listening for it – they didn’t know where the sound was coming from or what it was. It was discouraging to me, and eventually in my hopes of finding an audience I synthesised my Buchla with my classical background, and that was Seven Waves.”

Today, however, there’s a newfound audience taking a keen interest in analogue electronics.“I didn’t know that this revolution has occurred, I didn’t know that people were interested in analogue again, so all of that conspired to bring the energy back to this evolution of playing the Buchla,” she explains. Seizing the opportunity to engage them with absolute enthusiasm and renewed vigour, she also expresses a desire to see more “public access” spaces granting accessibility for future generations to learn about electronic instrumentation. It further emphasises a real burning desire to see new generations carry to torch for years to come. “My mission really is to communicate the live performance concepts that I started in. I want to share the thinking there in order to impact that little corner of electronic music.”

Tickets for Dekmantel 2020 edition are on pre-sale now – register here.