In direct opposition of the notion that record sleeve design is a “dead art” – an opinion expressed by iconic graphic designer Peter Saville – we took a moment back in February to appreciate some of our favourite sleeves and event flyers from designers plying their trade in 2018. In case you missed it, ‘Part 1′ was an outpouring of adulation for the work of airbrush dreamweaver Patrick Savile, Whities art director Alex McCullough and London design house Our Place.

Today, we turn our attention to another trio putting in the hours to ensure record labels and event promoters have a visual identity that isn’t only head-turning, but also distinctive and enduring.

Pushing the limits of what riso printing and photocopying techniques can achieve, Bristol-based design house Atelier Superplus have been on our radar for more than a minute. Founders Guillaume de Ubéda and Nassim Azarzar have provided art direction for Brian Not Brian’s Going Good label, not to mention flyers for Spirit Level, Cut Some Cappers, On Board Music, Dream States and the Bodygurn parties de Ubéda co-runs, turning heads at every opportunity with their striking and often complex, layered designs.

The work shares many qualities with the cut ‘n’ paste fanzine style which has been so ubiquitous in ‘underground’ flyer design the past few years: unpolished, with two-tone colour schemes it bears similarities to the punk, DIY aesthetics that defined the fanzine in its earliest form. There’s also something earthen and primitive, ritualistic but simultaneously uncanny. When ancient iconography and references to the tribal nature of primordial man meet themes of psychedelia and futurism, you’re bound for interesting results. Who knows, maybe these flyers will confound anthropologists in centuries to come. 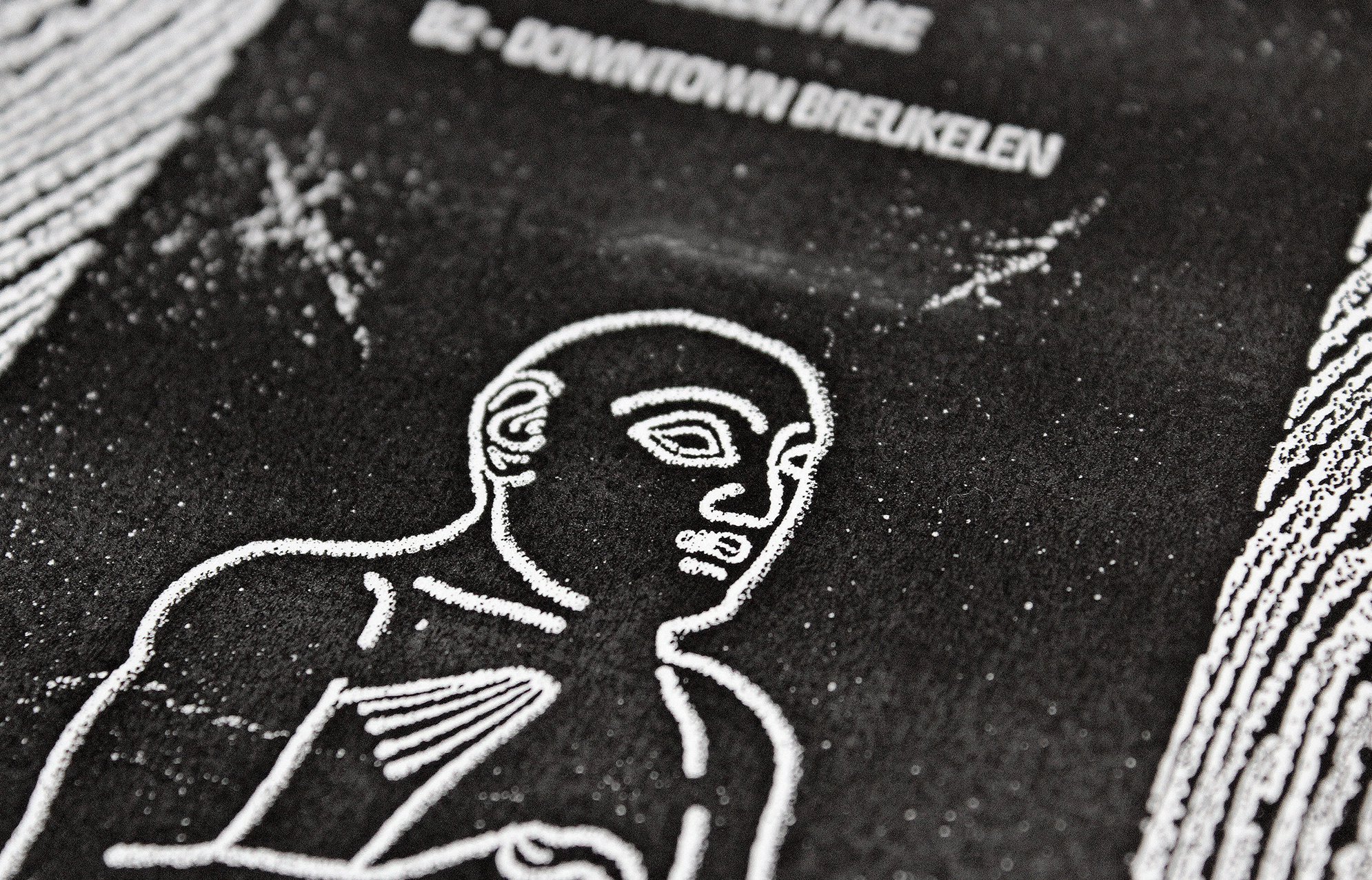 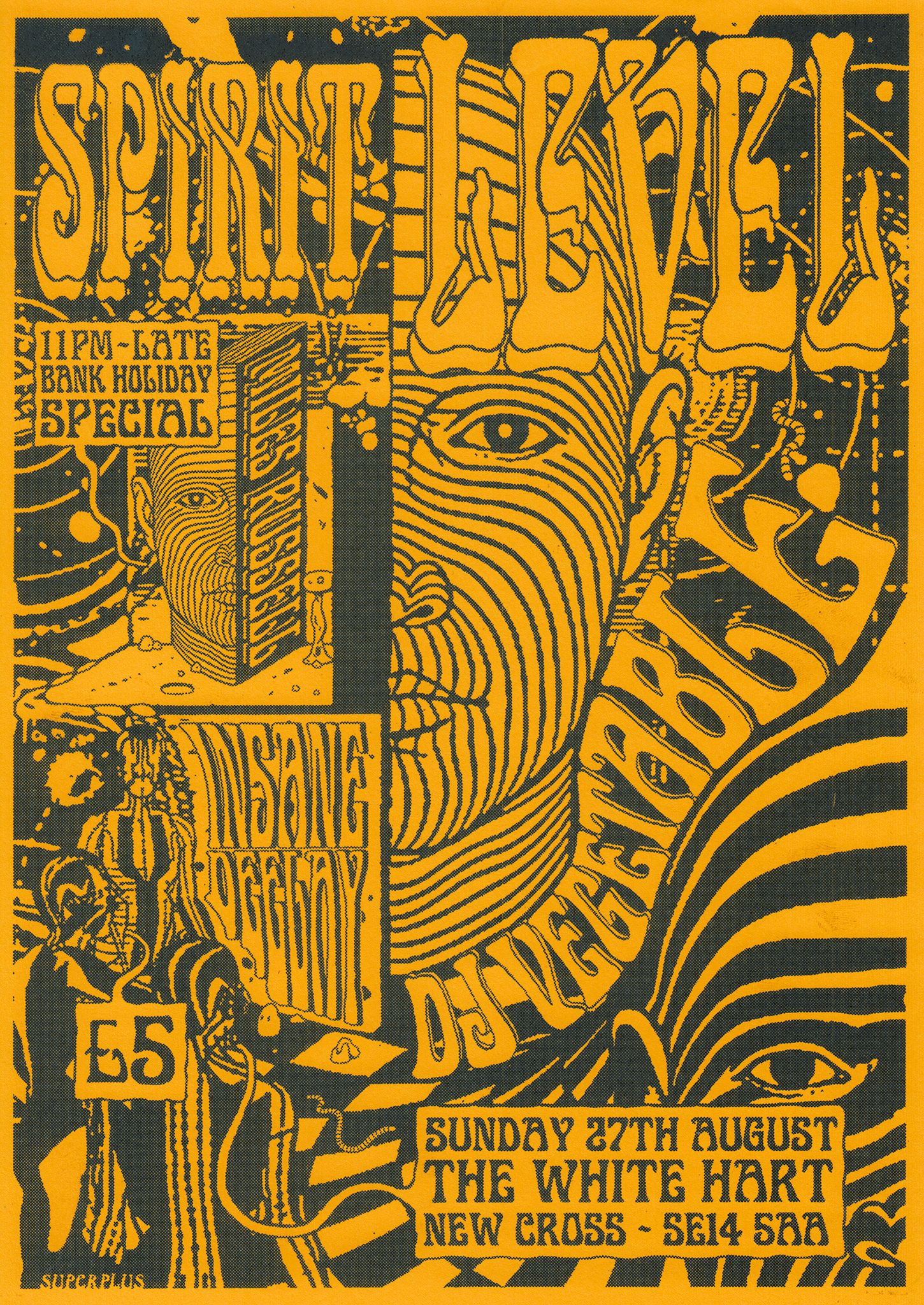 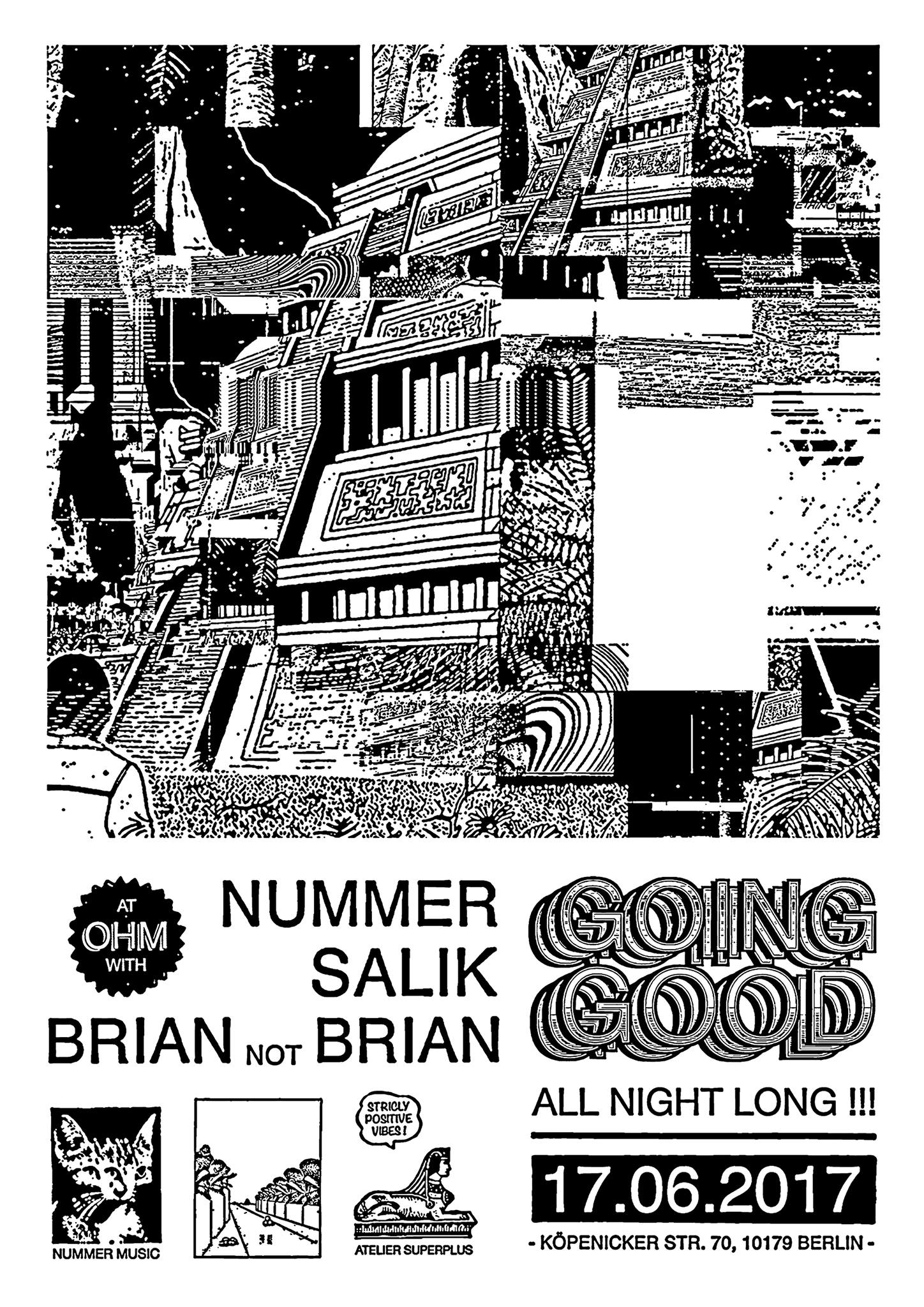 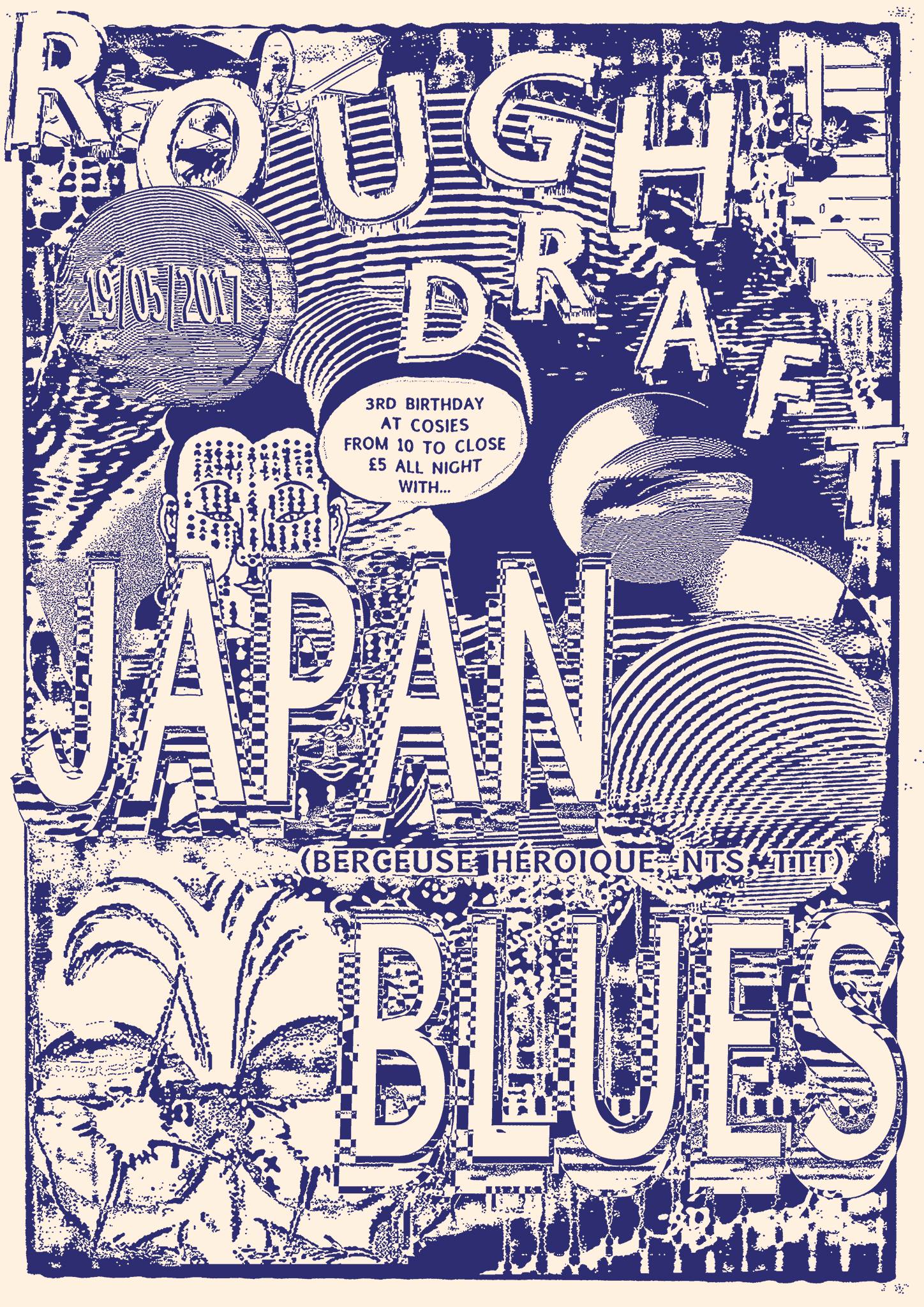 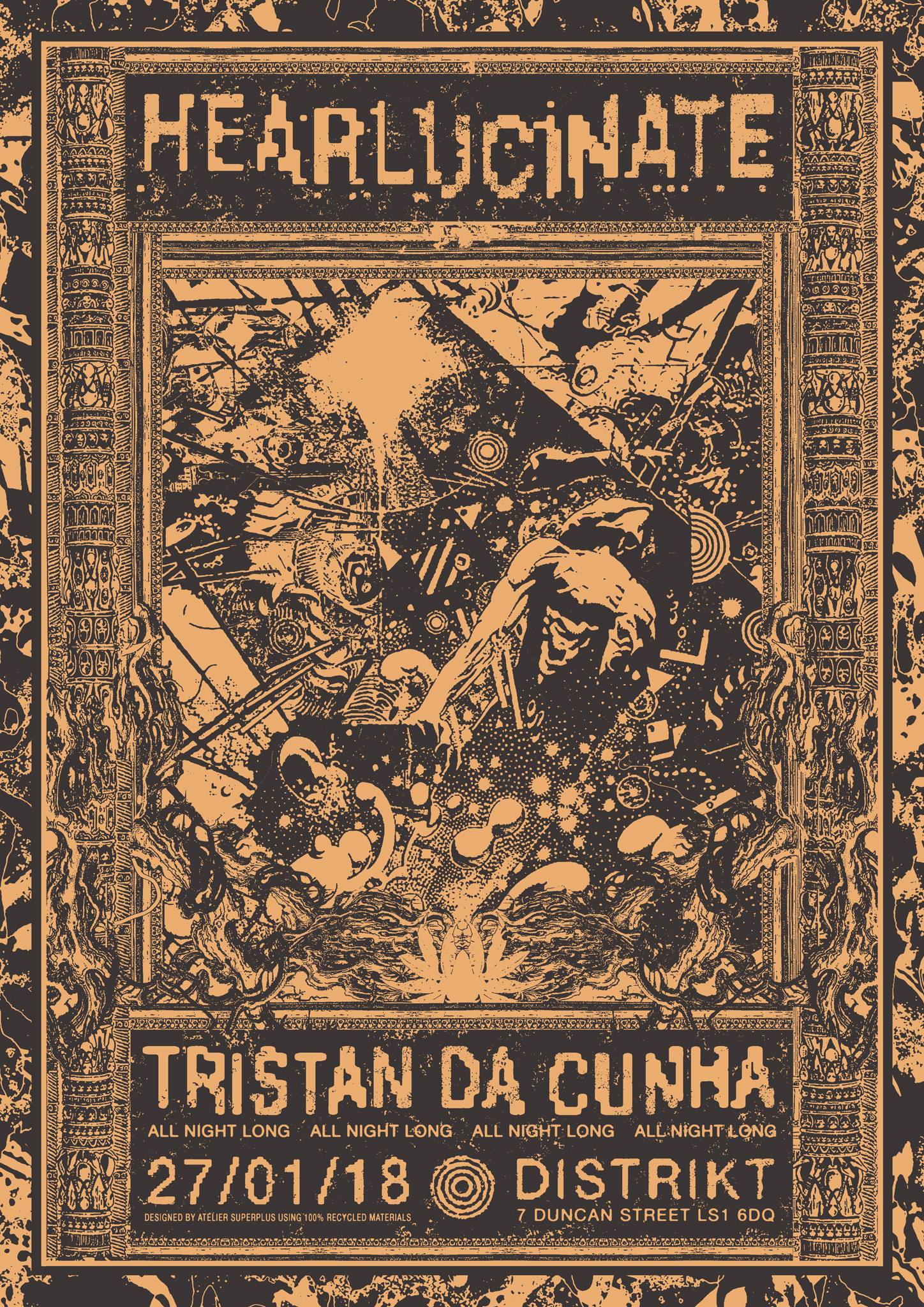 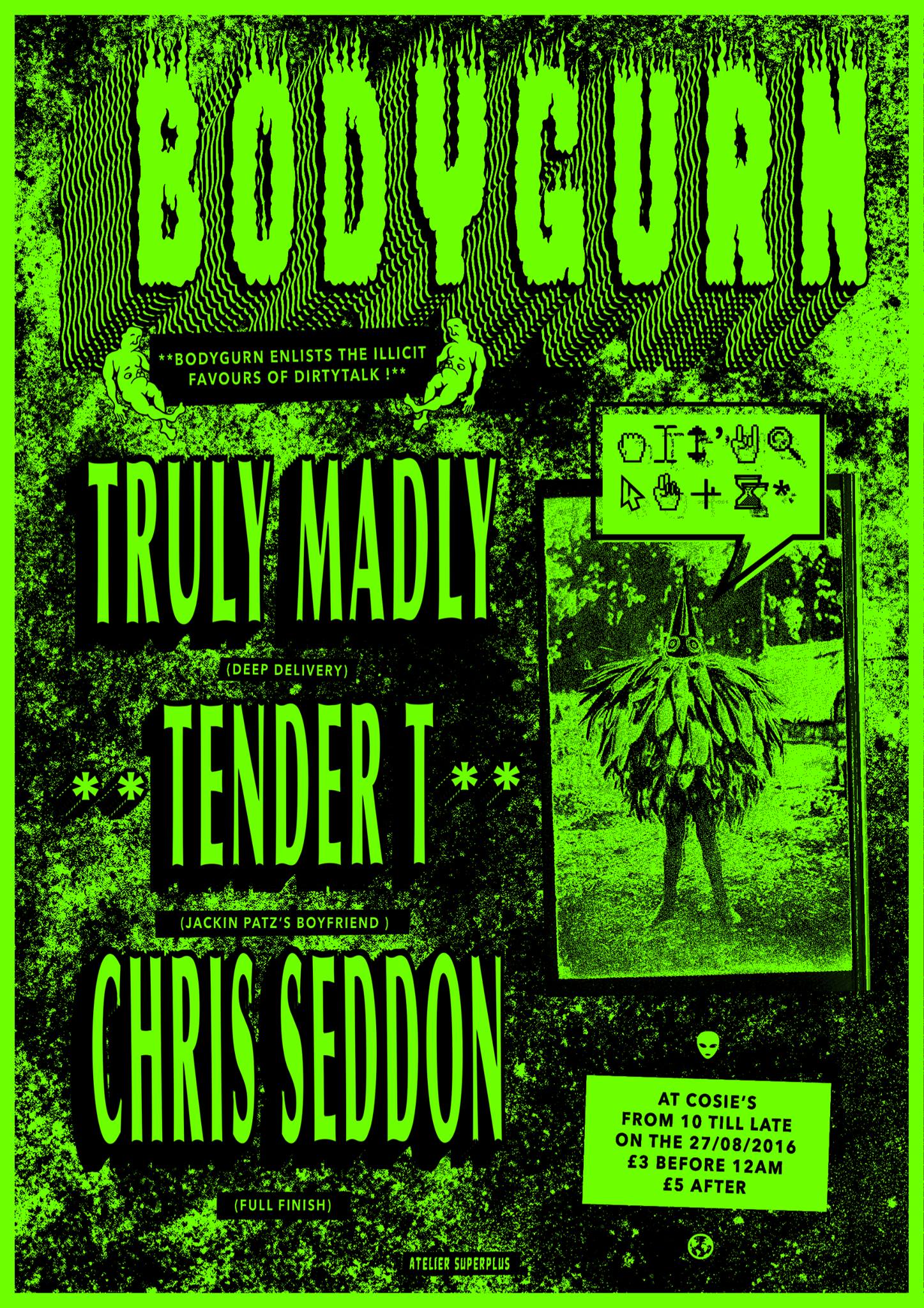 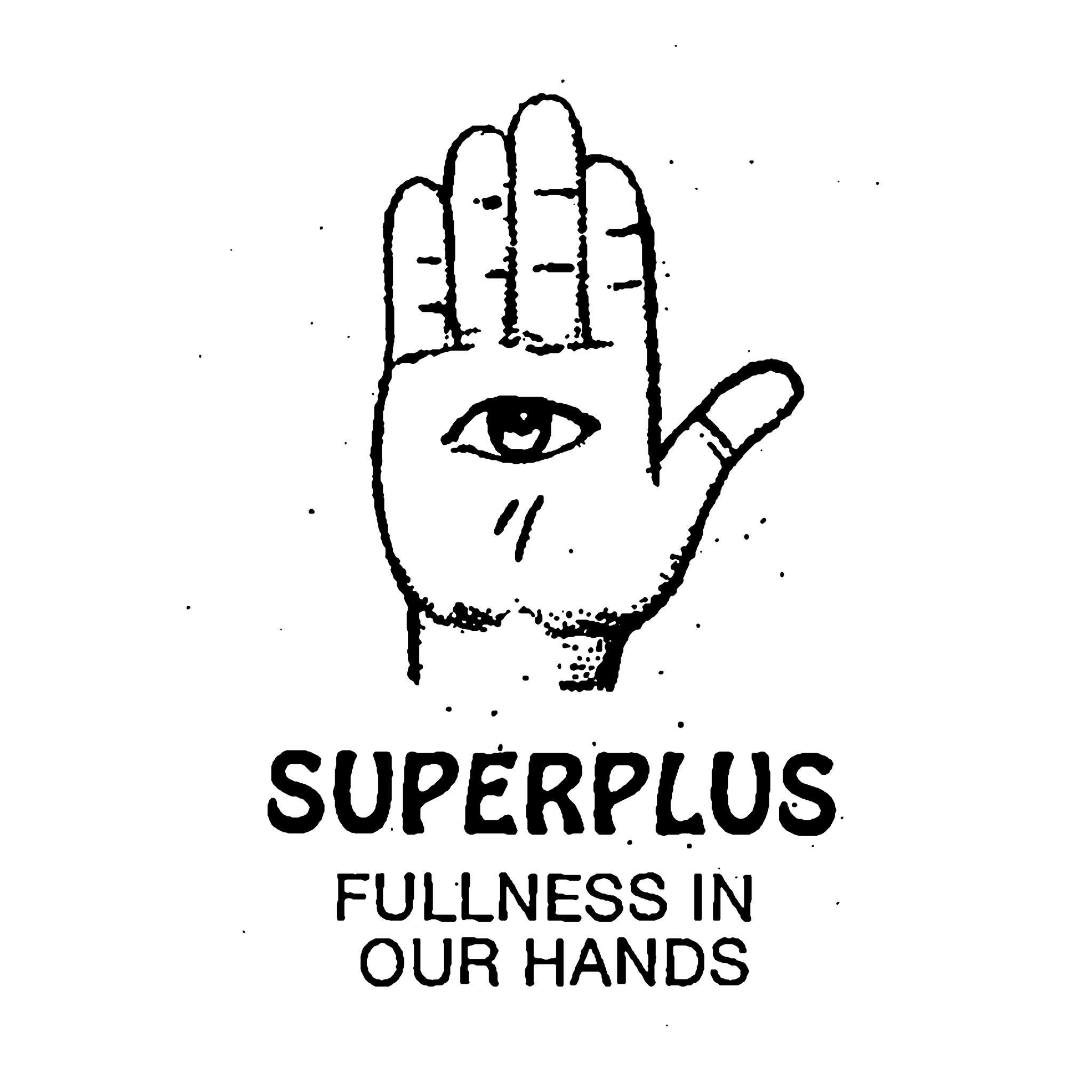 When Florent M. isn’t releasing unhinged, industrial-inflected hardware creations under his Maoupa Mazzocchetti alias, the Brussels-based producer is likely moonlighting as a graphic designer, or maybe it’s the other way around. No matter, because the quality of the output across both his creative outlets is undeniable.

Even at their most cartoonish, the designs demonstrate a mature and bold graphic sensibility, but intelligent, offbeat use of space and type help to express anything from a sense of urgency to a feeling of unease. Often abstract and somewhat psychedelic, Florent M.’s creations are characterised by the unconventional use of the textural, manipulated imagery and geometric markings. 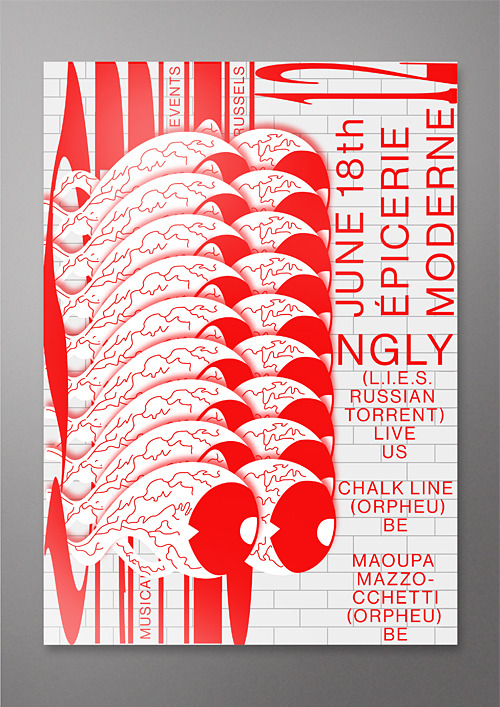 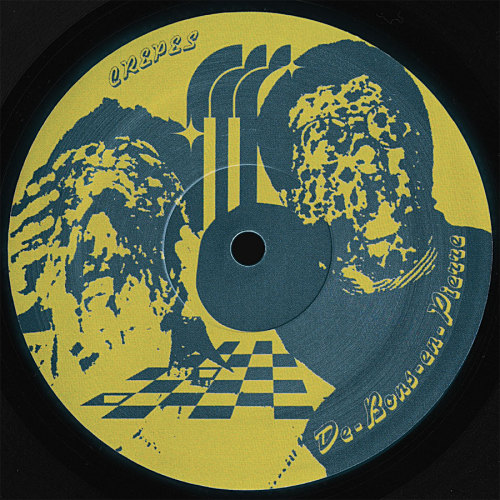 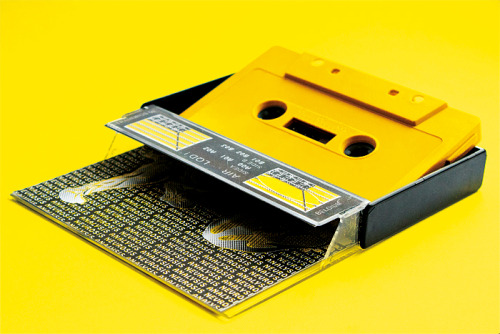 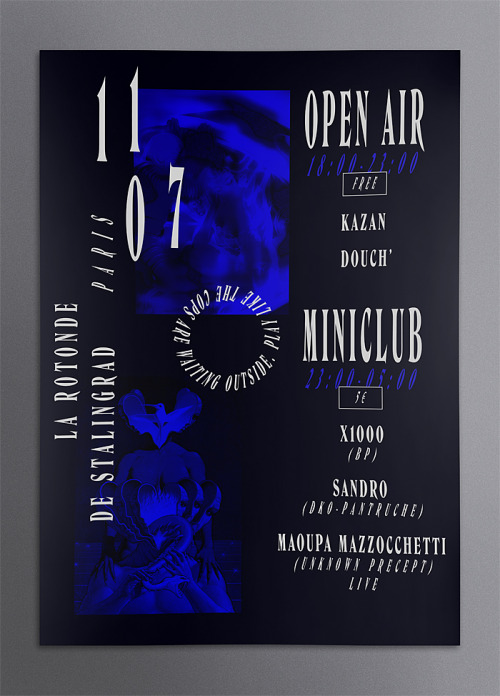 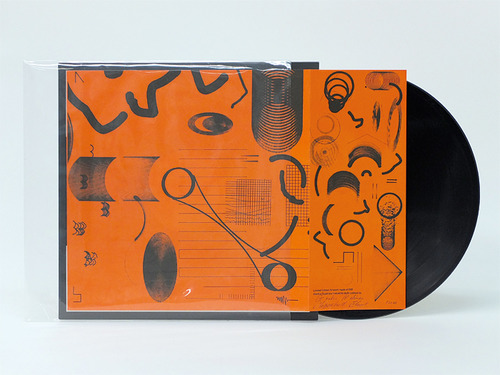 Josh Wiley (AKA Together Dance Music) is the creative force and one of two resident DJs behind Body Motion, the London-based party with a simple mission statement: “fast and weird until the floor is cleared.” A quality reflected in the supporting artwork, weird is the salient word in that sentance.

Raime, S.O.N.S, Golden Teacher or Powder, names as diverse as they are intriguing have adorned Body Motion flyers but the approach has remained consistent, channelling the free party flyers of Spiral Tribe and the exploratory, proggy shamanism of the Psychick Warriors ov Gaia as much as themes of sci-fi or a DIY attitude. Like a match made in heaven, Wiley has also taken charge of art direction for the Spekki Webu‘s newly formed Mirror Zone label, not only sorting the branding, but the artwork for the trippy reissue that became its inaugural release. 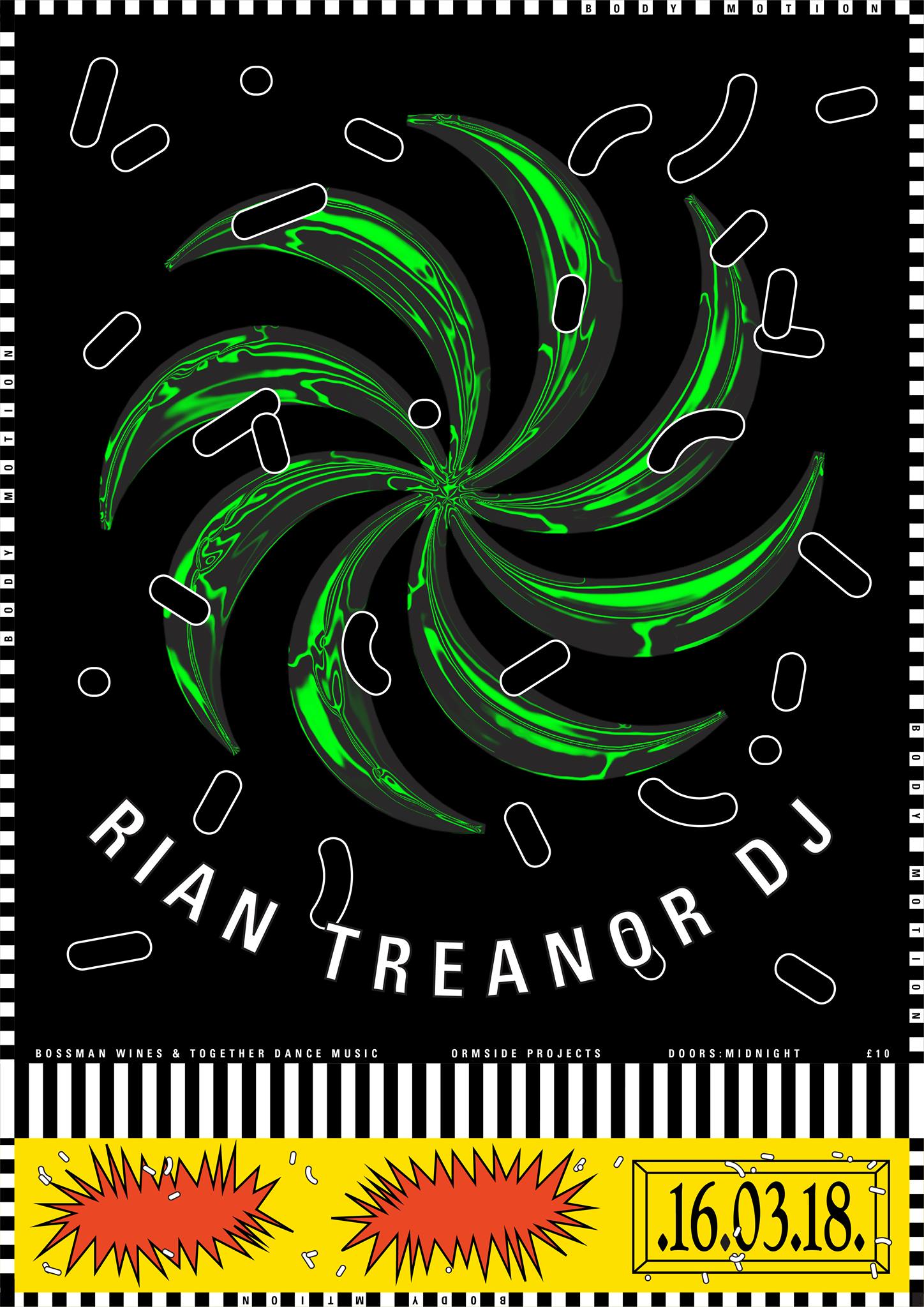 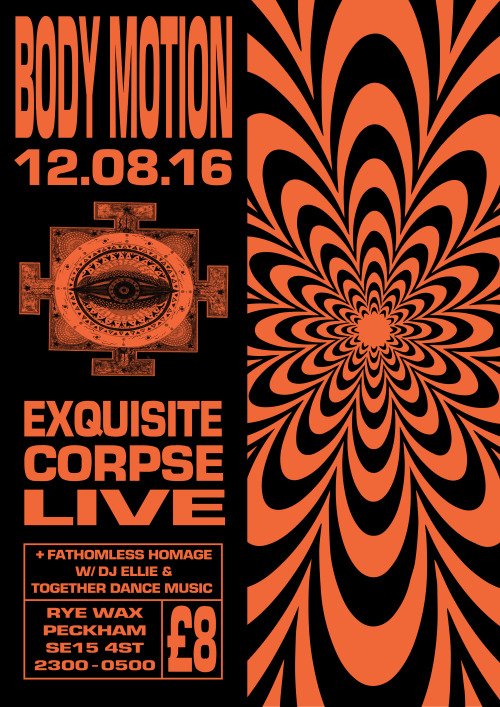