In direct opposition to Peter Saville, who famously claimed record sleeve design is a “dead art,” Designing for the First Impression celebrates some of our favourite designers plying their trade in the music game. Brand identity to record sleeve and flyer design, we’ve gone from a vibrant deep dive through Patrick Savile‘s pastel futurism, all the way to the riso printing techniques of Bristol-based design house Atelier Superplus.

Serving up a seventh instalment, we shine a light on a trio of designers with disparate aesthetics, unified by the sterling work they do to provide accompanying visuals to some of our favourite releases and events.

As promotional materials for parties go, Nah Park has developed a style that feels uniquely her own. Kawaii aesthetics for the raverz, the Imaginary Friend parties she co-hosts in Berlin boast some of the freshest, eye-catching flyers we’ve seen to date. If that weren’t enough, Park also dreams up “freebies” for each event: from ‘meme card’ packs to rave and post-rave kits, anyone in attendance receives a thoughtful little something. Whether it will enhance their experience in the dance, or help cope with the journey home/morning after will depend on the party.

“In my general process of working, I enjoy mixing miscellaneous styles, materials and ideas coming from extremely different inspirations in varied forms – in order to create an original visual voice. Even though if I have two different ideas which seem to be unable to be in the same place in the beginning, I love the challenge of working around them to bring them together. By this process, I often encounter variations of new ideas, coming from combining something that didn’t seem to fit in the first place. I believe the outcome becomes original and more thoughtful only after this process of creative playfulness.” 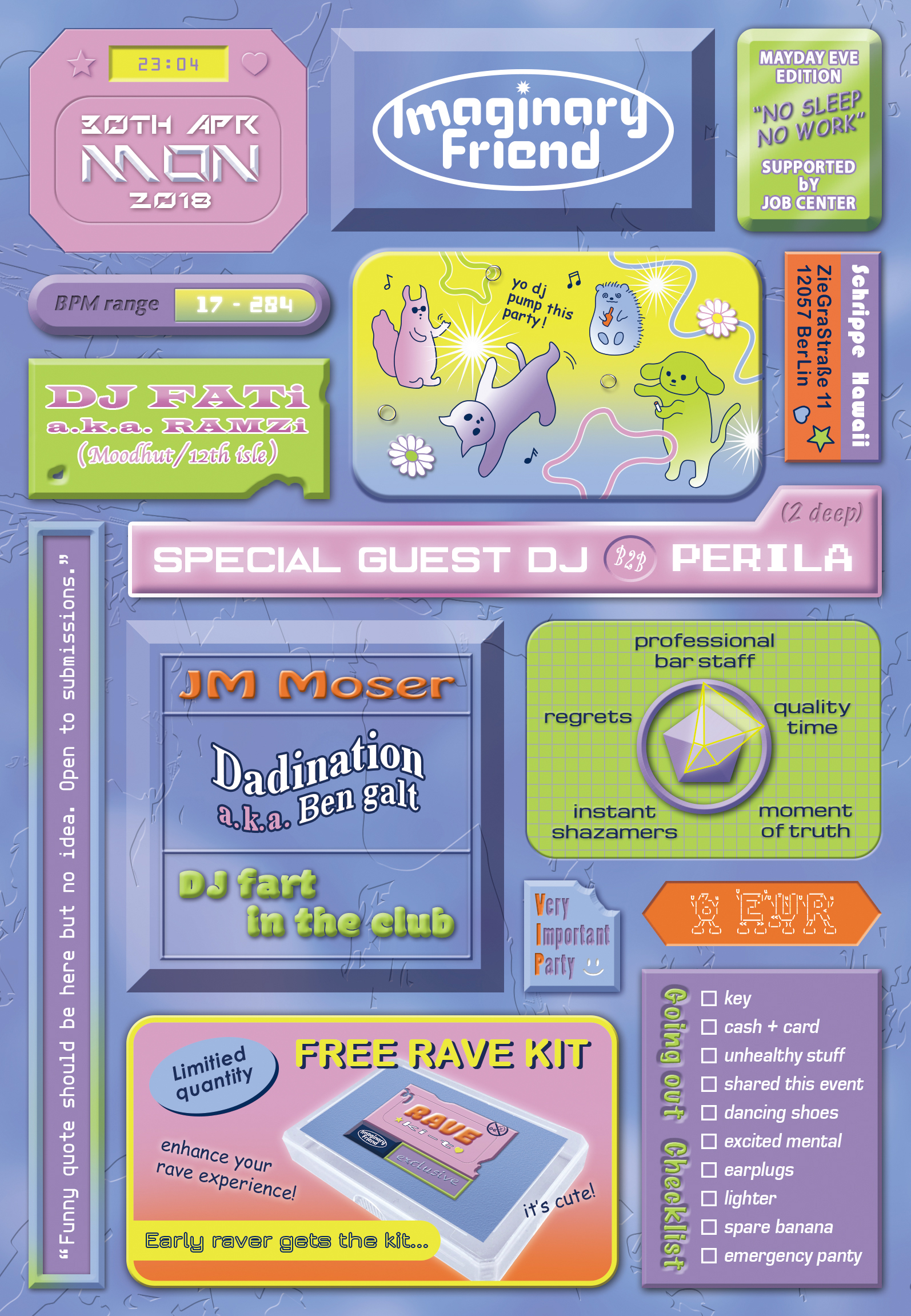 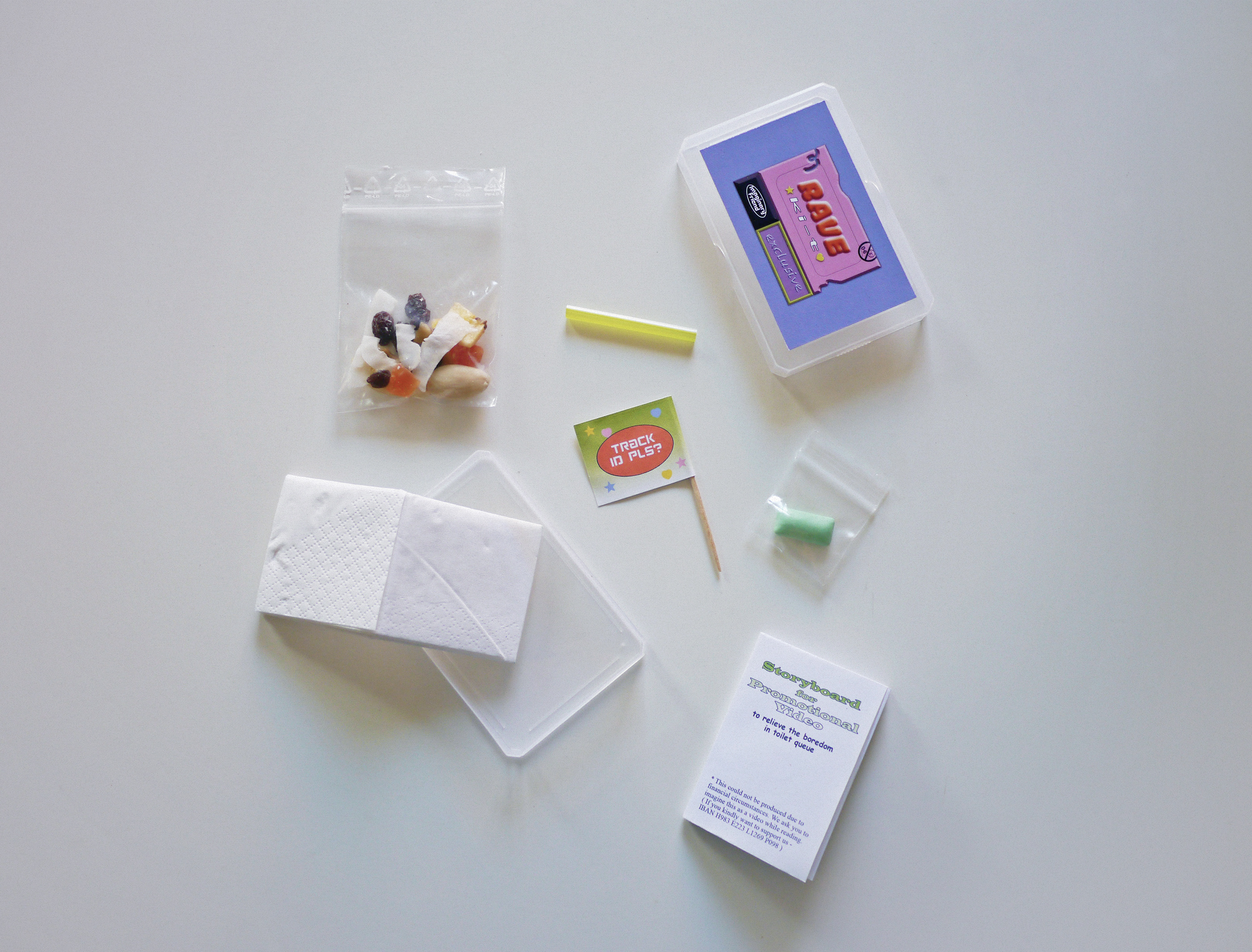 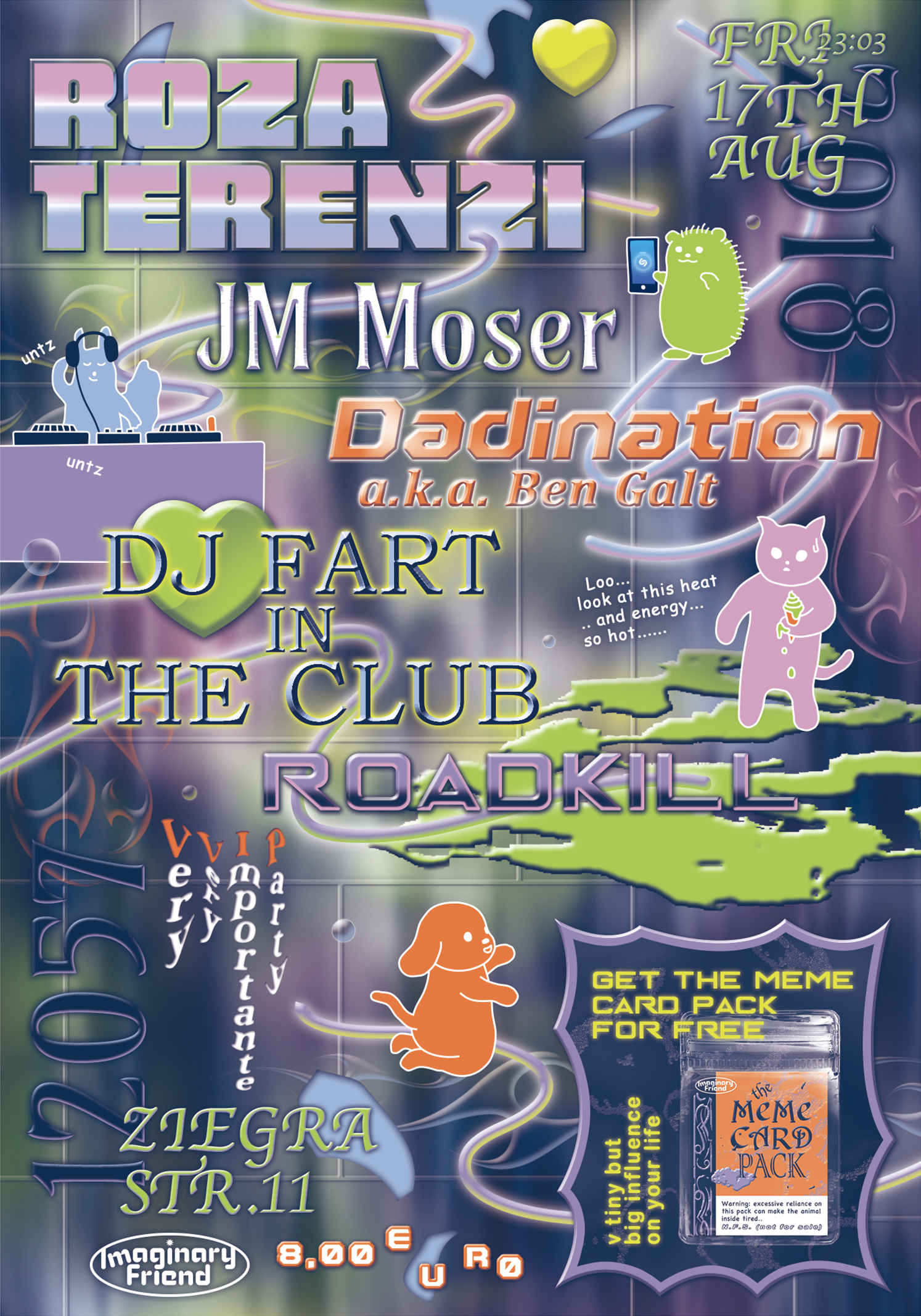 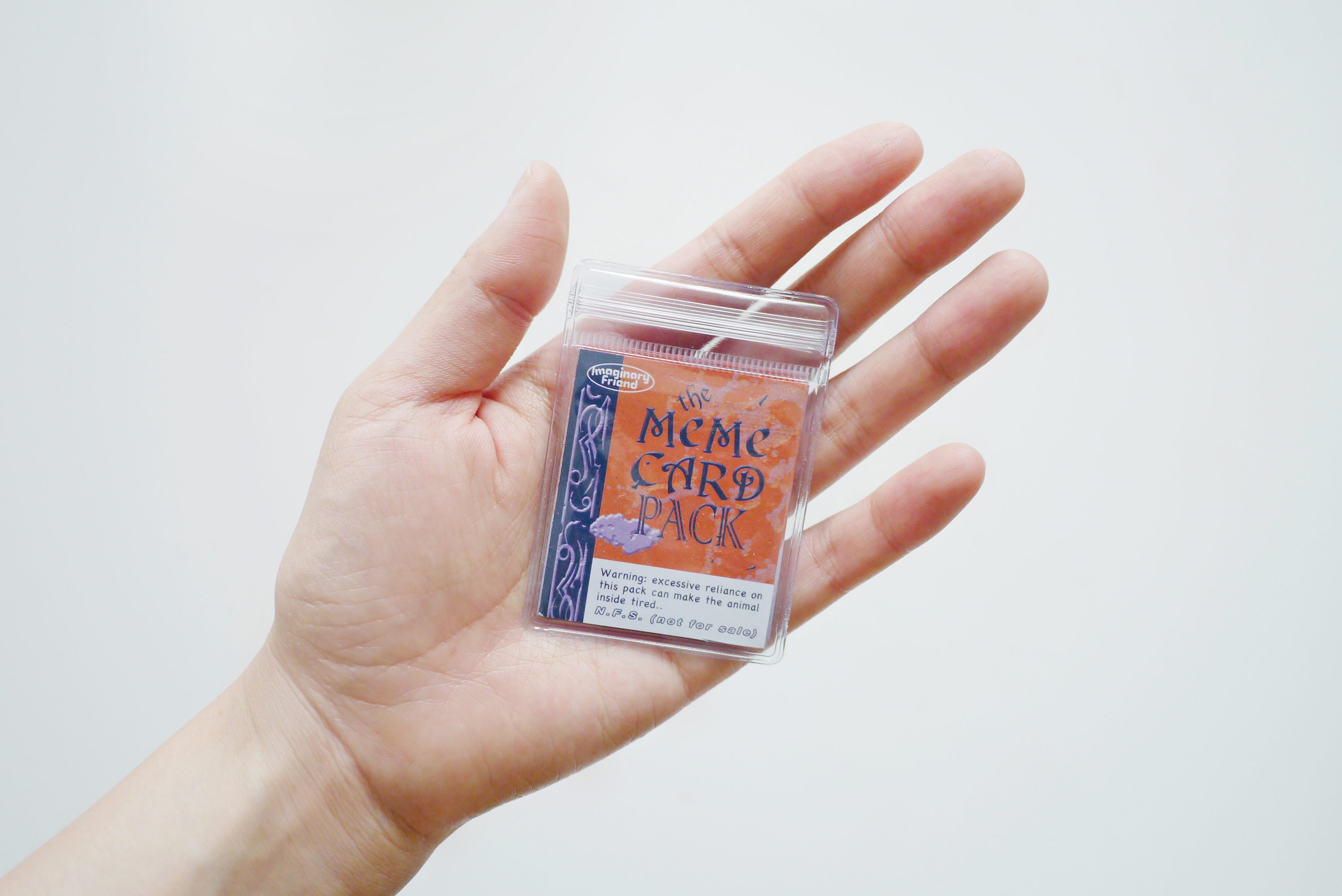 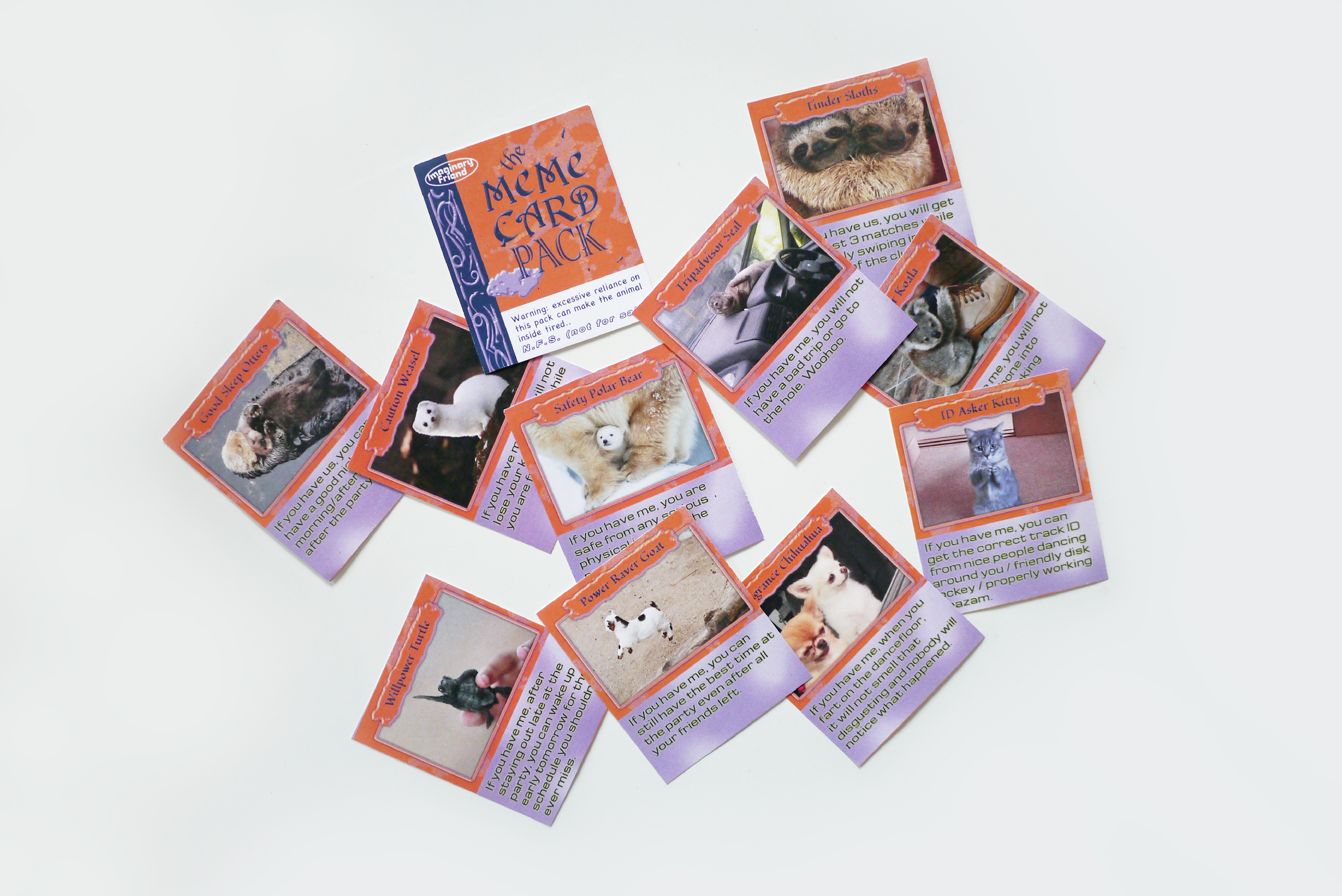 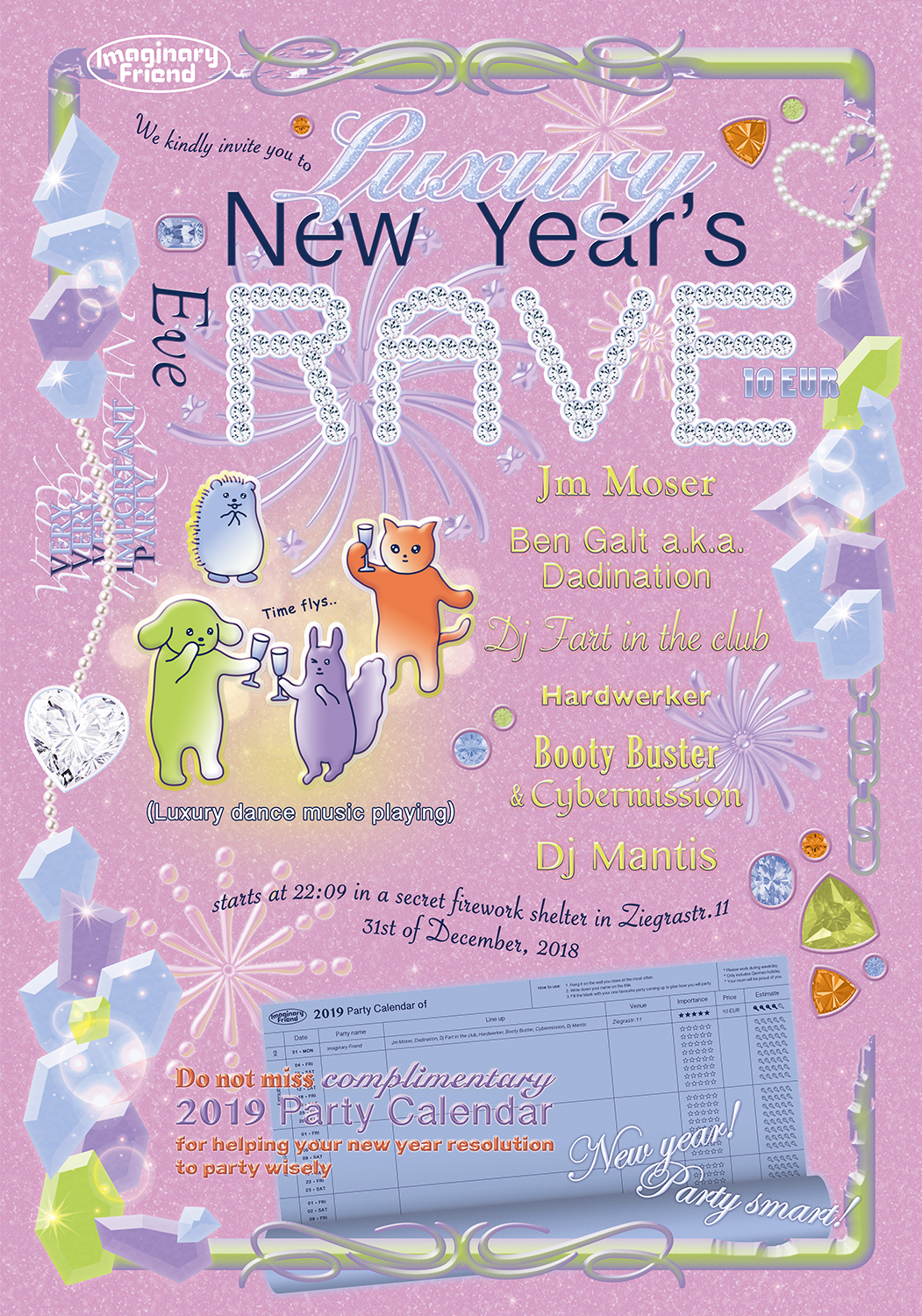 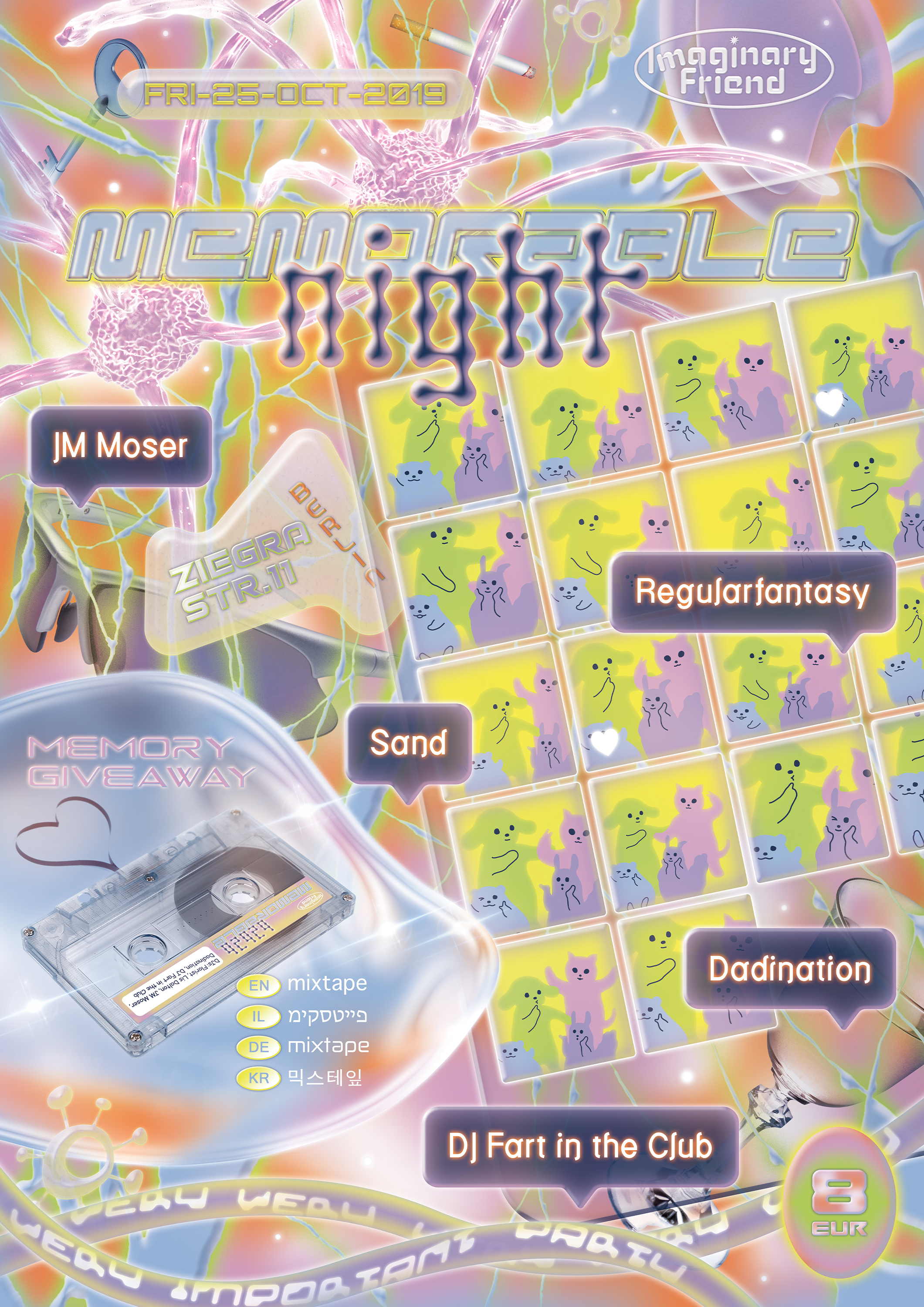 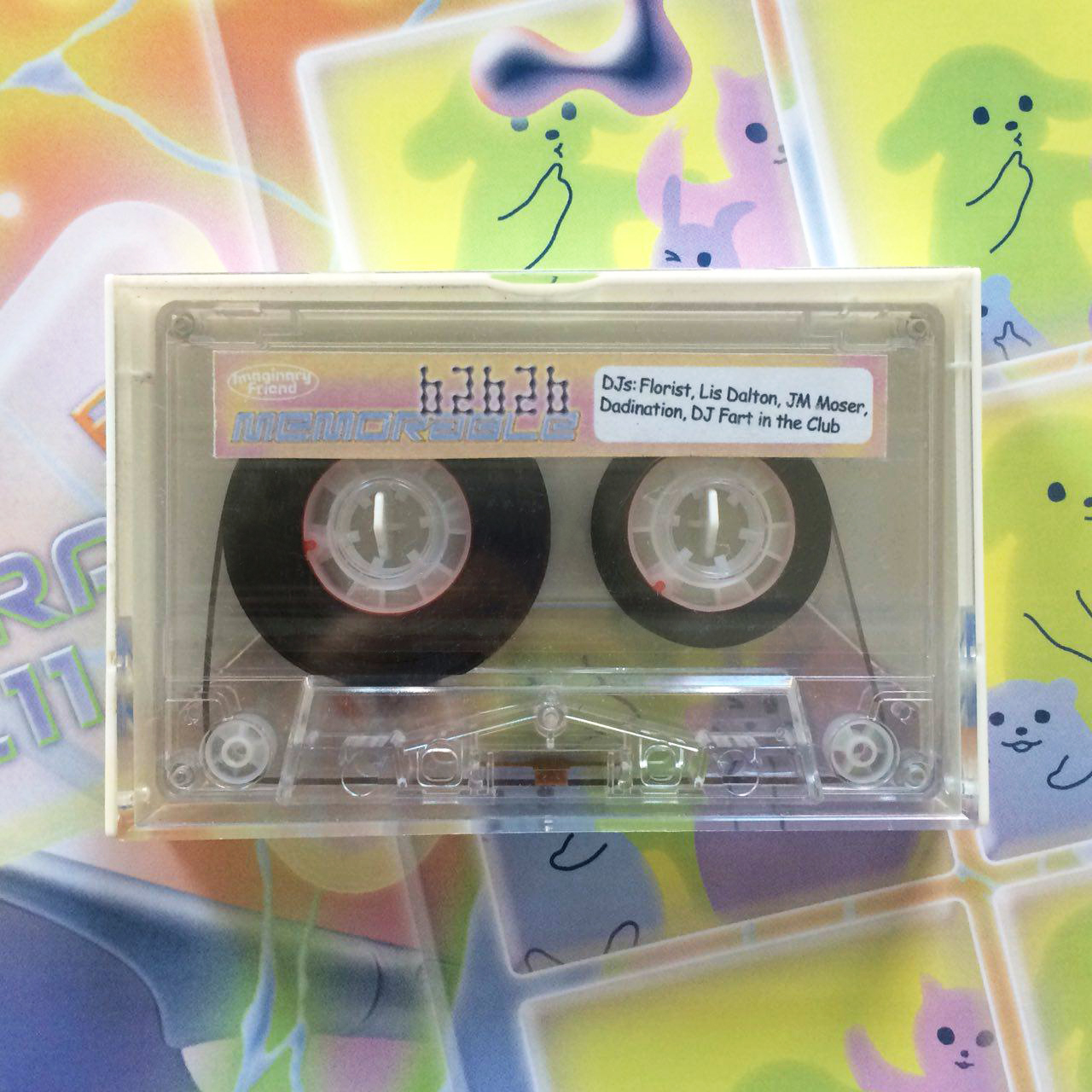 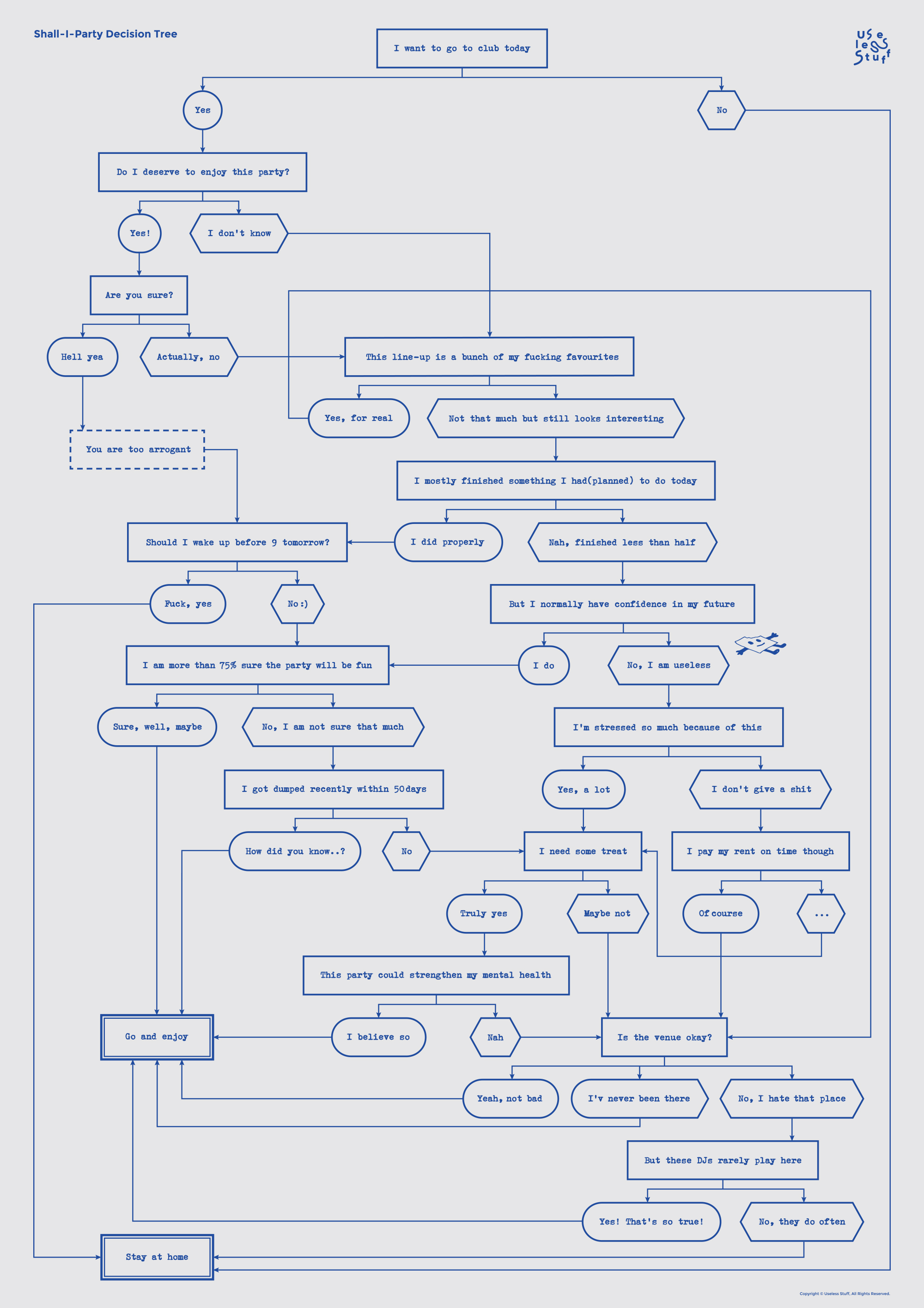 Lucas Hatzisavas is a man of many hats: “known associate and suspected leader of the Lizard Tech Militia,” he’s also an accomplished label owner, DJ, producer and graphic designer. Besides masterfully crafting hardware-fuelled acid as Lou Karsh or Reptant, the Salt Mines, Planet Euphorique and Craigie Knowes artist clearly has an eye for aesthetics, moonlighting under his graphic design alias, Popdabadel. Happiest when he’s working on his own releases and flyers, Hatzisavas claims to thrive with total artistic freedom, and it shows. 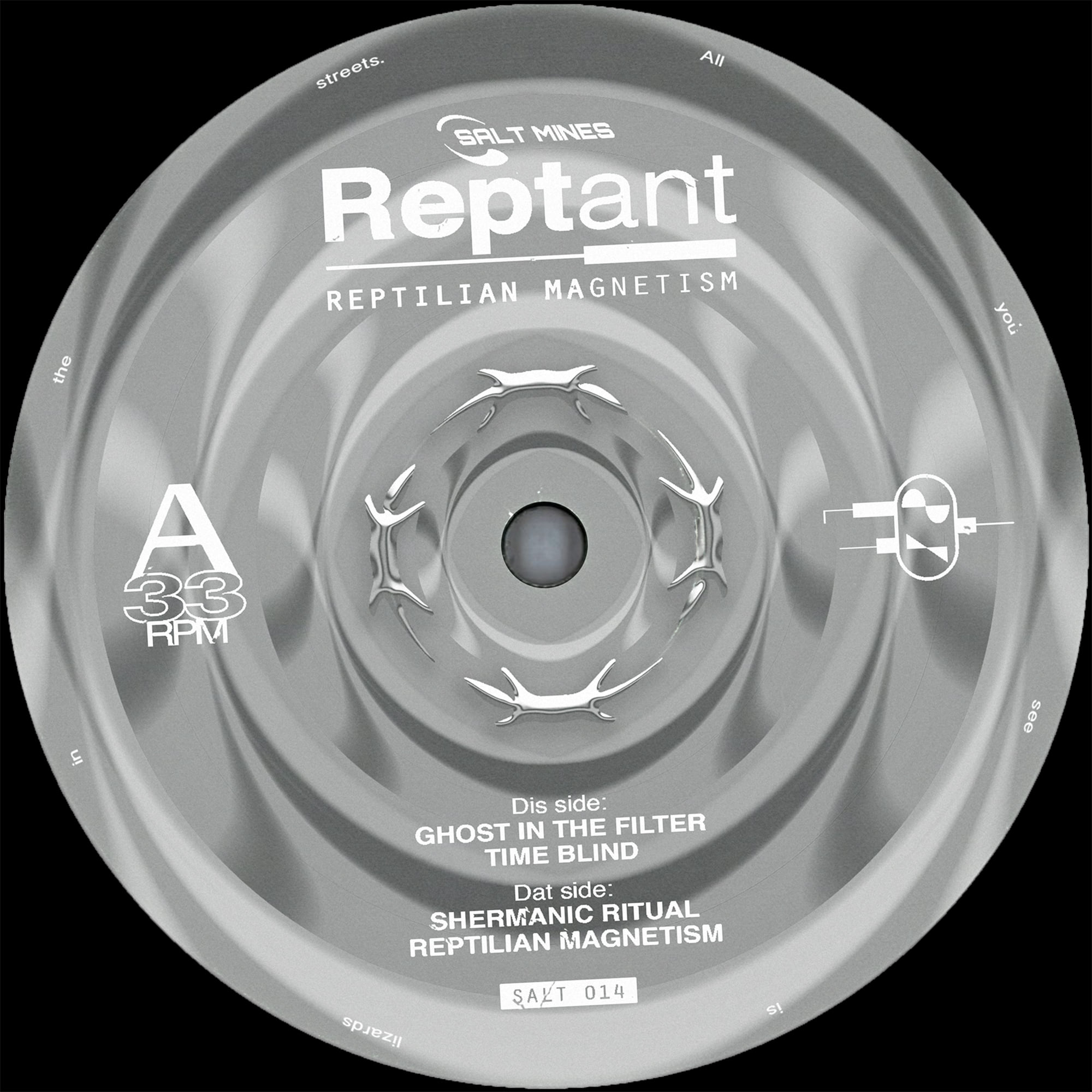 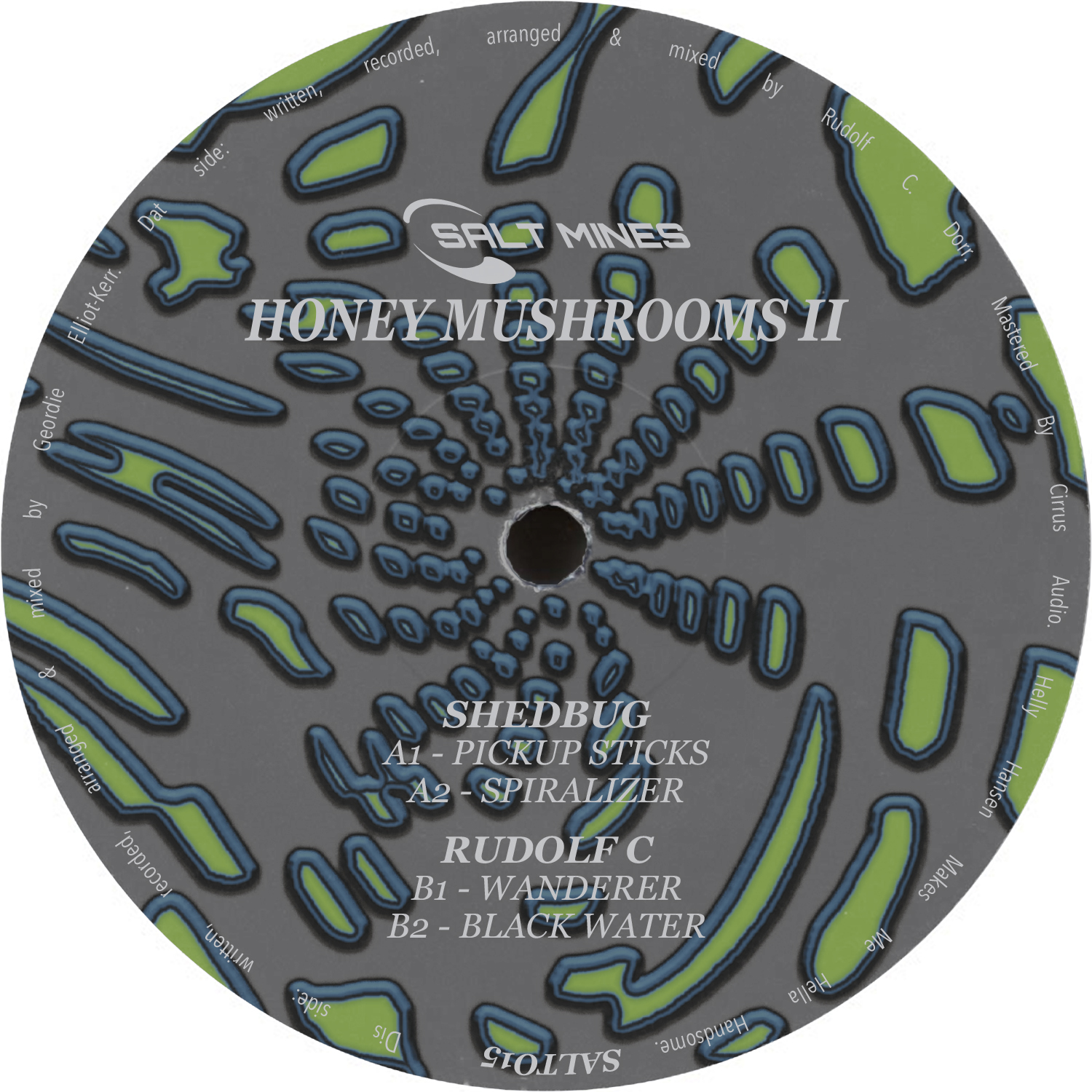 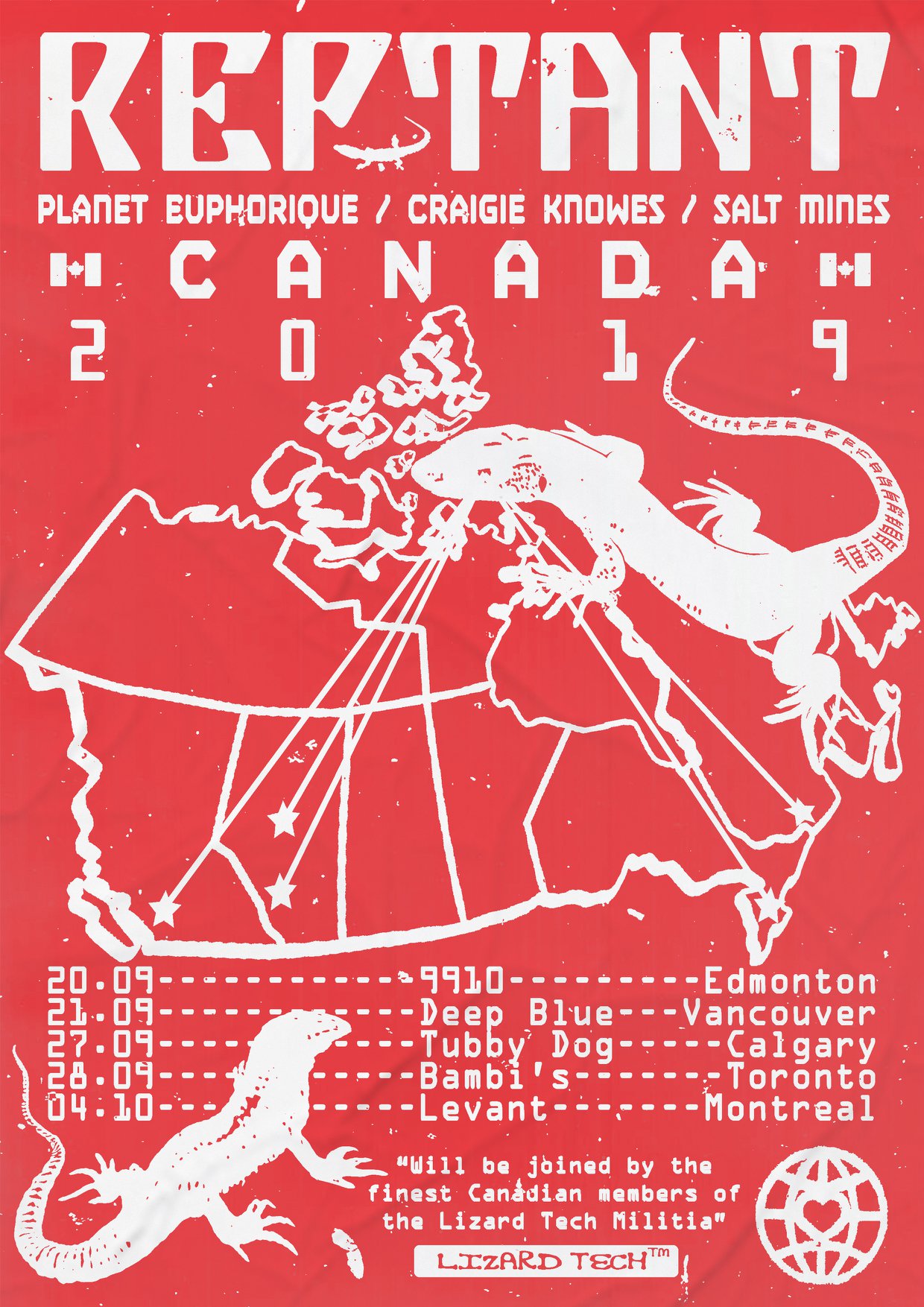 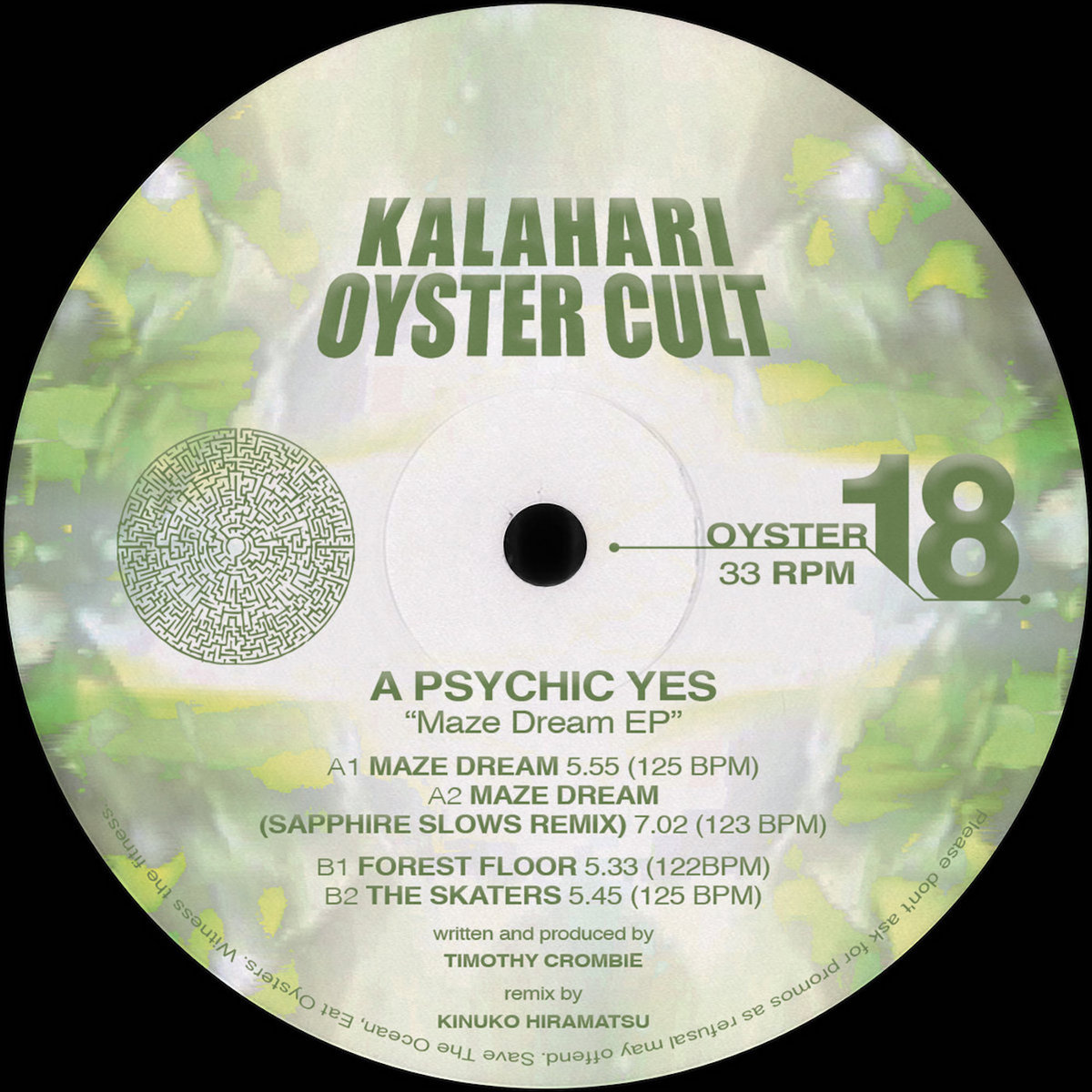 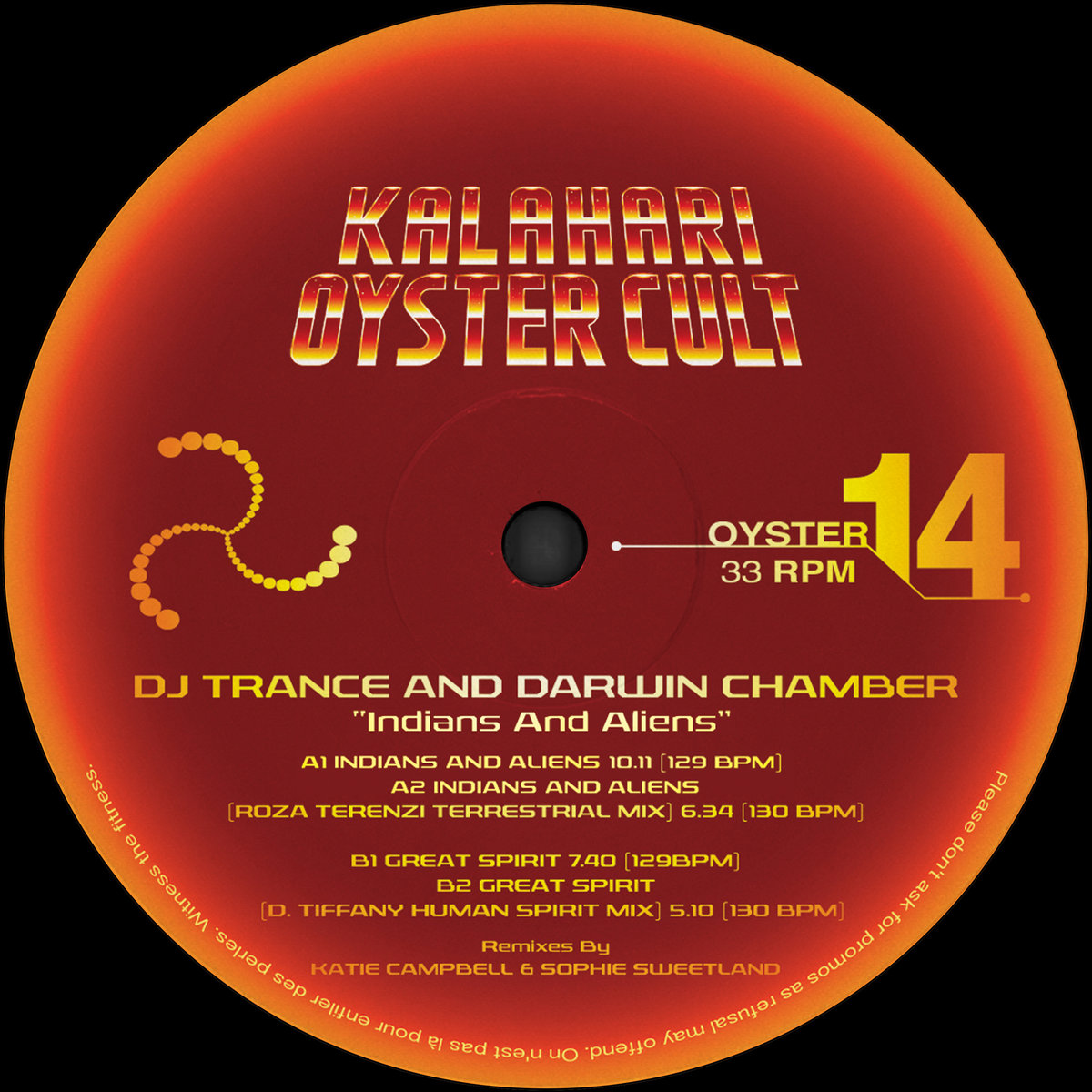 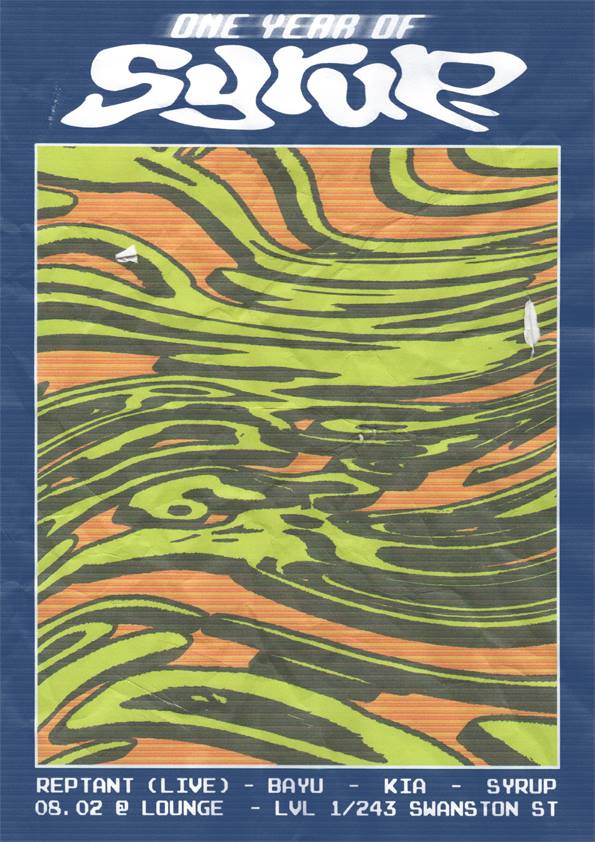 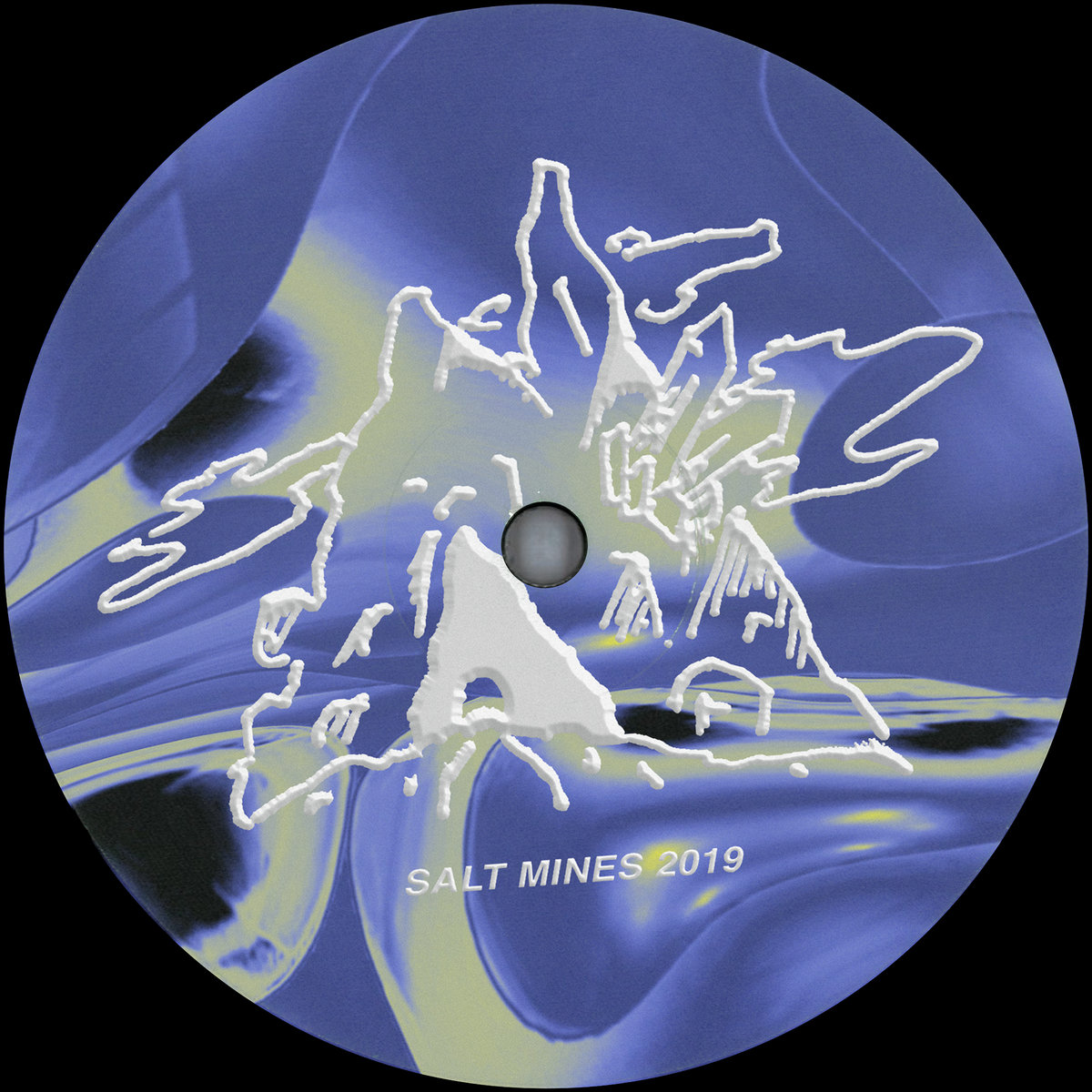 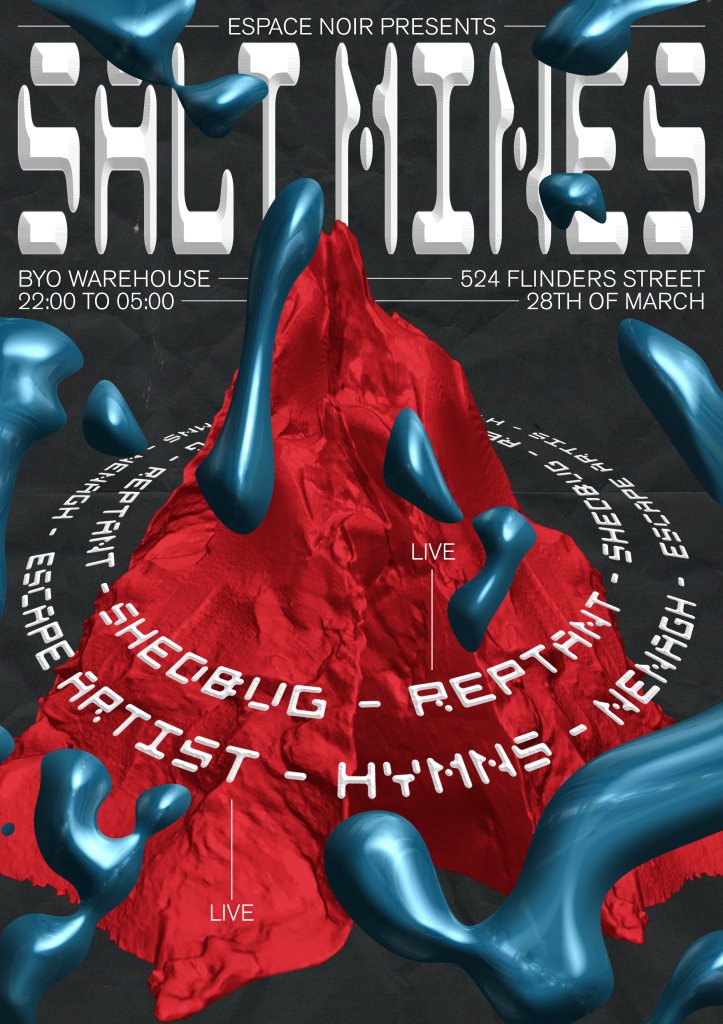 Few designers can claim to play a significant role shaping the visual aesthetic of an entire city’s underground like Candomblé co-founder Jannes Becherer. Flyers for venerated venue Salon Des Amateurs and the renowned Themes For Great Cities imprint, Aiwo rec. record sleeves or all-encompassing creative direction with his own label, he’s left an indelible mark on the Düsseldorf scene.

3D rendered graphics and typography take centre stage on a Becherer design. Occasional flyers for venues a little further afield aside, most his work is Düsseldorf-related, but it’s Candomblé’s hi-focus, tribal-leaning futurism that really caught our eye.

“As I see myself more like a service provider than an artist, I rather try to create diverse looks, matching the aesthetic or feeling of a club, event, record or whatever the design is for, instead of restricting myself to one specific visual language. This also gives me the benefit of not being limited to certain tools and techniques.” 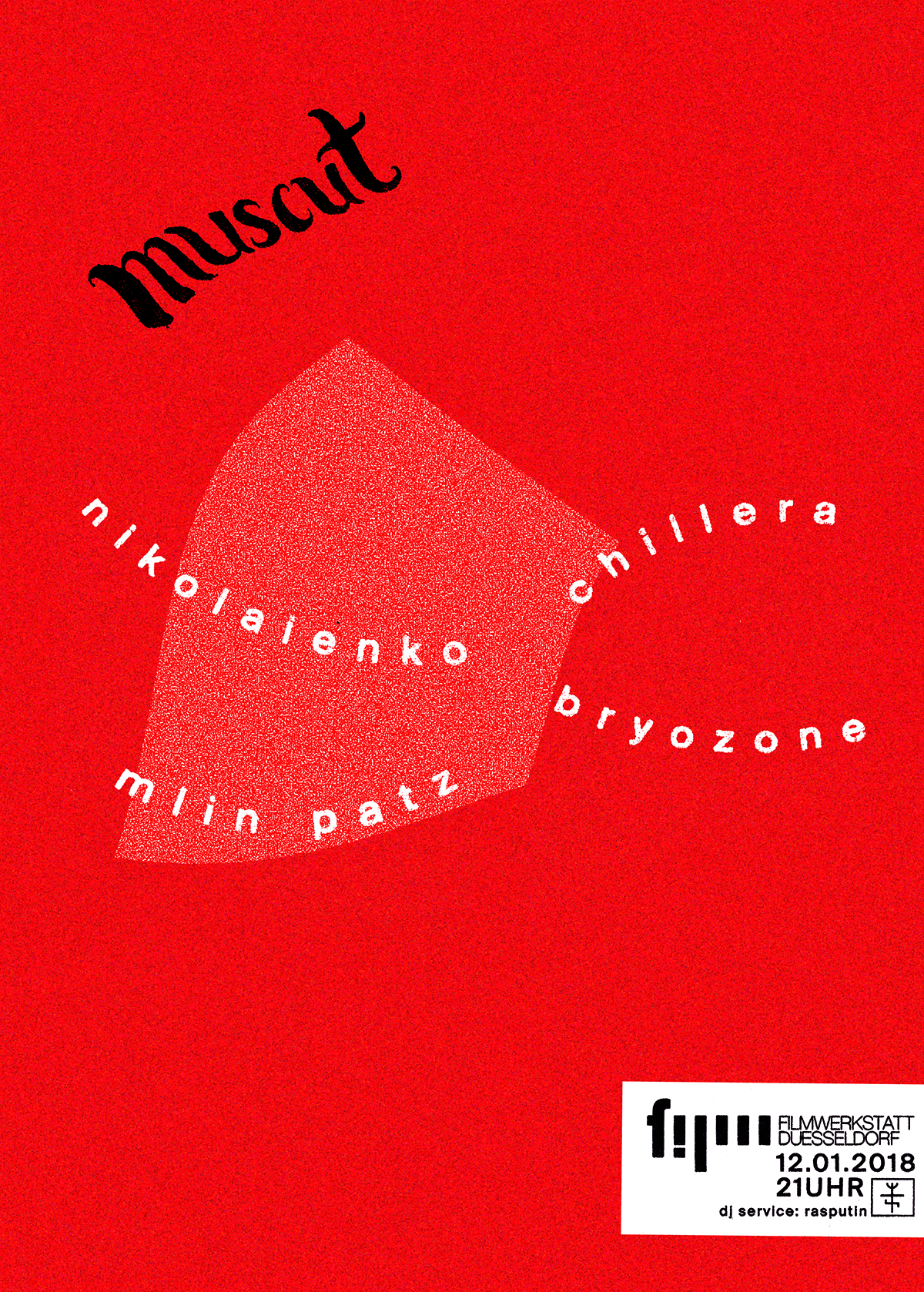 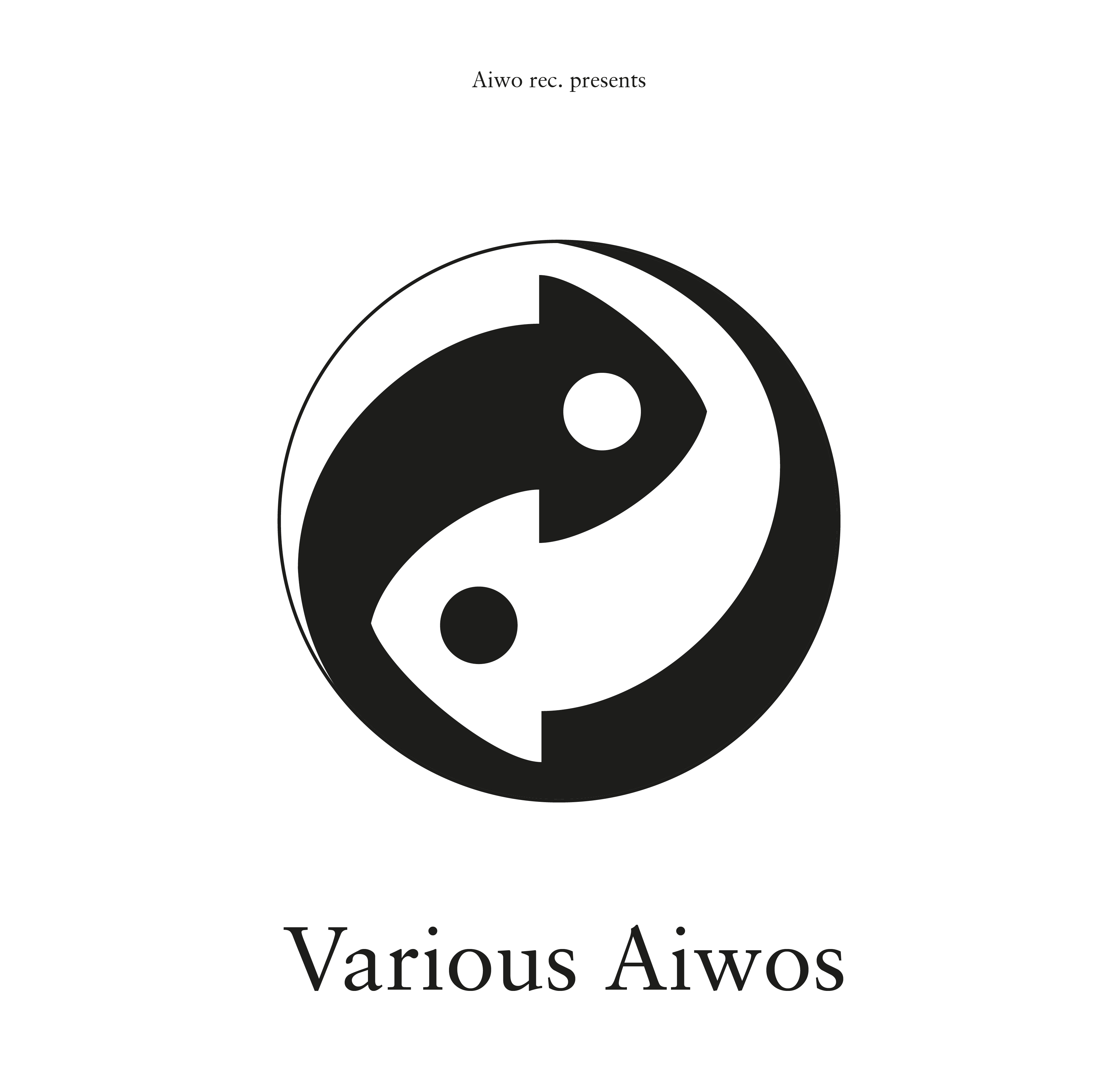 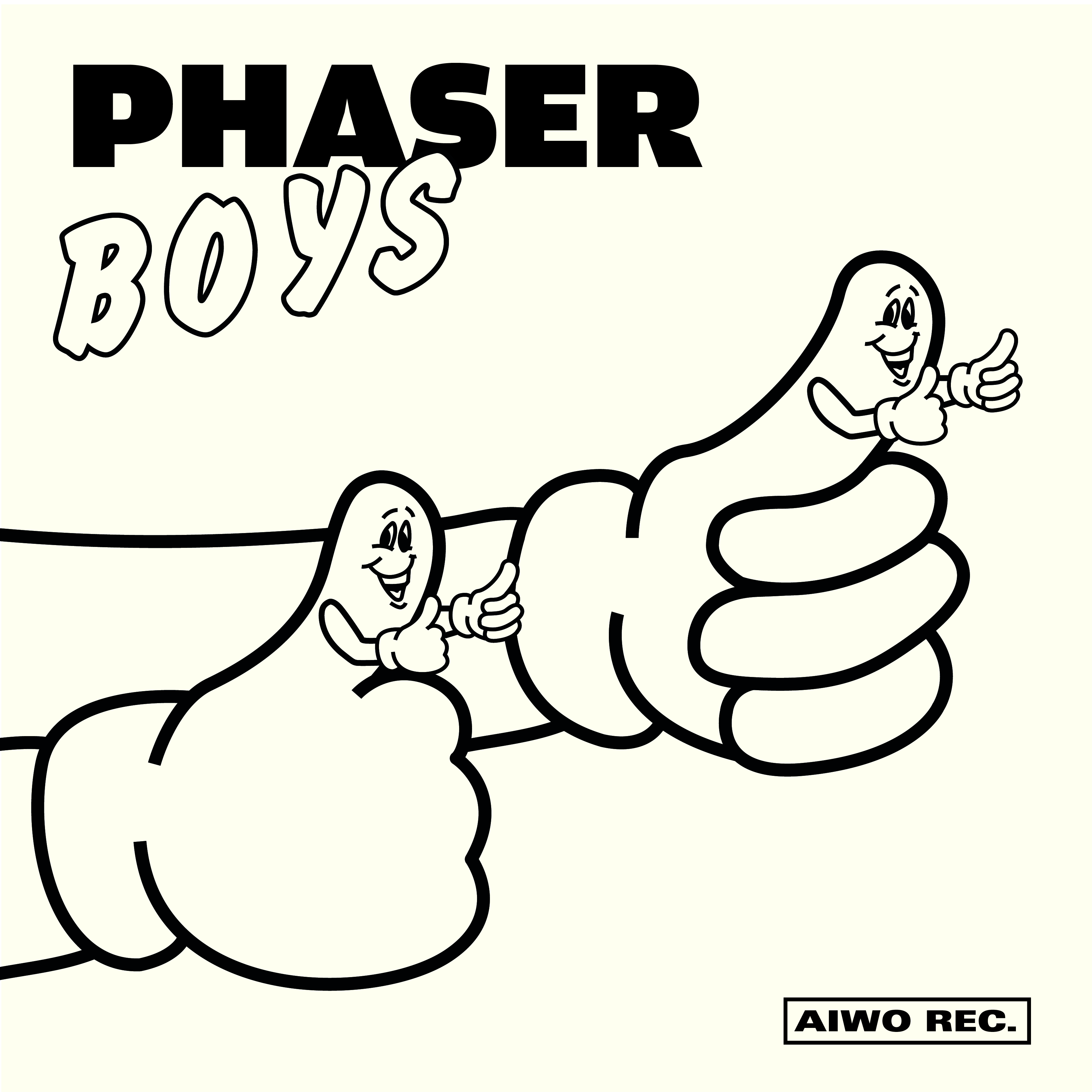