Chekov is one of the UK’s most underrated talents, period. You may not have heard of them, but whether it’s Lena Willikens, Call Super or the Hessle Audio triumvirate, the Leeds-based producer and Love Muscle resident has had support from some of the very best.

Appearing on labels like Shanti Celeste and Gramrcy’s Peach Discs and the Batu-helmed Timedance imprint, their music is undeniably UK. The Chekov sound has oscillated between other styles – notably the house and EBM-imbibed ‘Rotlicht’ – but a feeling that they’re carrying the bass-heavy, broken techno torch handed down by the likes of Joe and Pearson Sound prevails. The dub influences on Aerated, their latest for Peach Discs, only solidify this further, but we caught up with the fledgling artist to find out more. Exploring gender fluidity among other things, we talk creative process, influences and the journey of self-discovery that led to its release.

Hi Laurence. Being a Leeds local, what’s the current state of the scene? Any must-go venues or record stores?

Things are suddenly very different as I write this, but both Tribe Records and Outlaws Yacht Club have become anchors for me over the last few months. Even when I’m skint, I still head to them both when I can. There’s always a friendly face to catch up with, and the beautifully ragtag communities around them have been a great comfort through difficult times of late.

Outlaws host wonderful DJs each weekend from Leeds and beyond, many of whom take the chance to share the odder side of their collections. Keep an eye out for their irregular parties at Hope House! This spot’s home to MAP Charity, whose now-legendary Cosmic Slop fundraiser is run on maybe the warmest soundsystem this side of the ‘80s…

Cosmic Slop (and the whole team behind it) has left a huge mark on my generation of dancers with its focus firmly on being a party, instead of another ‘night’. It’s a Leeds institution which I hope stays with us for many years, despite property developers’ best efforts to “regenerate” the Mabgate area.

Sable and KMAH radio stations are the best places to check in on what DJs and hosts are digging across Leeds right now. KMAH just opened a new studio in Released Records; I’m looking forward to seeing how this and other spaces grow in the future.

You mention the support of friends as significant in the process to get this release out, while the likes of Lena Willikens have been playing your music for some time now. What does it mean to an emerging producer to have people you respect support your work and do their best to lift you up?

It’s hard to understate how crucial the support of others has been in getting me where I am today. Close friends in York and Leeds have gracefully lent me countless ears over the years, which helped give me the confidence to start sharing music a few years ago with some of my favourite DJs like Lena and Batu. It can often feel like production has an impossible learning curve, so getting a co-sign or kind words from someone you respect can really help push through the harder moments. Even since releasing things, it’s still a really nice surprise to hear people supporting my work!

Having said you hope to embrace the record one day, “flaws and all,” are you quite self-deprecating as an artist? Is it mostly about struggling to be objective without putting a bit of distance between yourself and a project, and do you have any methods, techniques or routines to help counter this?

I’m just generally quite hard on myself, I guess. With writing music, it’s always the technical side of things that I struggle with most, particularly when hearing them alongside other people’s tracks. Time usually helps with this, once there’s enough distance from the writing process for me to focus on the actual music and ideas.

I think a lot of these feelings take root in our wider culture of competition and atomisation. It’s hard not to internalise this with social media and the ‘attention economy’ defining how many of us interact – but music and culture are inherently collective! The club DJ is nothing without the dancers… 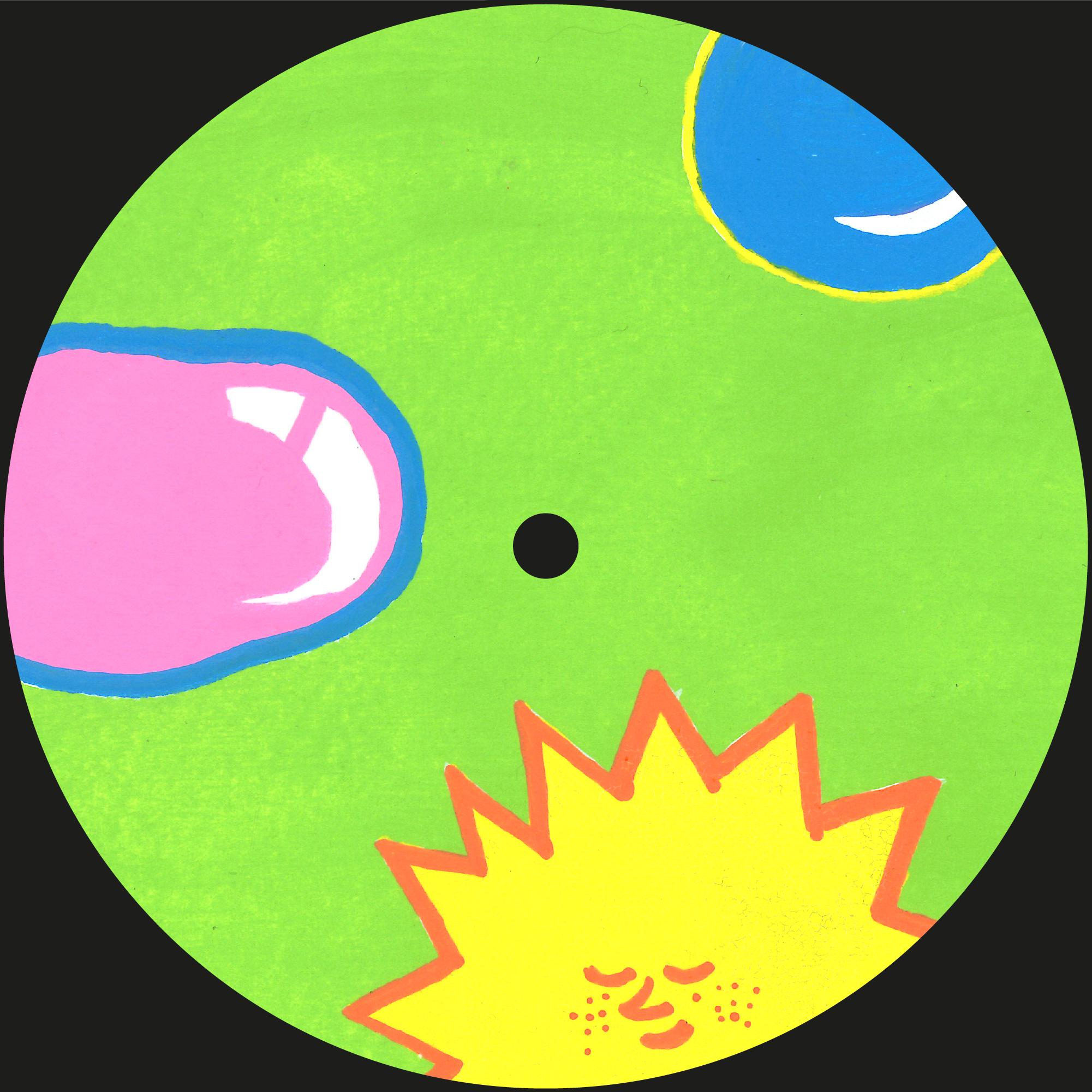 Having written the tracks over the course of two years, is this a deliberate process or do find it hard to finish projects in general? If the latter, do you have any advice for aspiring producers wrestling with similar problems?

It’s mainly that it takes me a while to get tracks to a point where they feel ‘finished’. It just slows the whole process down a bit and takes longer to find a set of tracks that complement each other. I think it’s best to try and be patient if you have this kind of workflow, but friends will know this is something I find hard! Ultimately, you have to find a way to trust your own abilities and the judgement of those around you. Everyone’s process is different and there are no set markers or timelines for ‘success’.

Would you say that you evolved much as a producer over the two years spent writing the EP? If so, how did it affect your creative process?

For sure – the main conscious thread that ran throughout writing was actually trying to learn how synths work. I’m still lost for the most part, but I try and embrace that. Mistakes are all part of the fun! A lot of the music I enjoy most has that feeling of improvisation, and the fragility that comes with it. We come up with some of our best ideas when we have no clue if they’ll work!

Although learning through trial and error can take longer (and with mixed results), I’ve always liked how the little tricks I discover along the way leave a mark on the way I make sounds. It’s often through our quirks that we find ourselves, I guess!

How has your exploration of gender fluidity influenced the making of this EP, and was the process of writing the tracks a medium to channel this journey of self-discovery?

I think music has always been my way of engaging with feelings I haven’t wanted or been able to process more consciously. It’s usually with time that I can reflect on what may have influenced something I’ve written, even if that then has to be taken with a pinch of salt.

That said, there are definitely contrasts and shifts within sounds that I’ve tried to construct in a way to match the contortions and confusion I feel within my body and mind. It’s hard to say how much of this is down to gender exploration, but thinking more outside that binary has definitely informed how I try to embrace nuance in my worldview.

It is interesting that you view colour in music as something inherently un-male-like. What do you think it is that predisposed you to feel that way?

As I learn more about myself, I think a lot of that is down to gender dysphoria and how it interacts with my depression.

As a society, we put too much value on ‘heroism’ and ‘bravery’, which all too often means people feel they need to suppress their demons. In my experience, this fear of inadequacy tends to be the driving force behind the more toxic sides of masculinity, and has definitely left me feeling unable to make changes in my life. I think it’s this resignation that has caused life as a ‘man’ to feel somewhat monochrome, even when surrounded by wonderful friends who prove this needn’t be the case.

Therapy has helped me to unpick some of these assumptions and start learning to be more kind to myself. I think we lose sight in our heads of how many share our struggles; sometimes it takes the most strength for us to accept or ask for help. 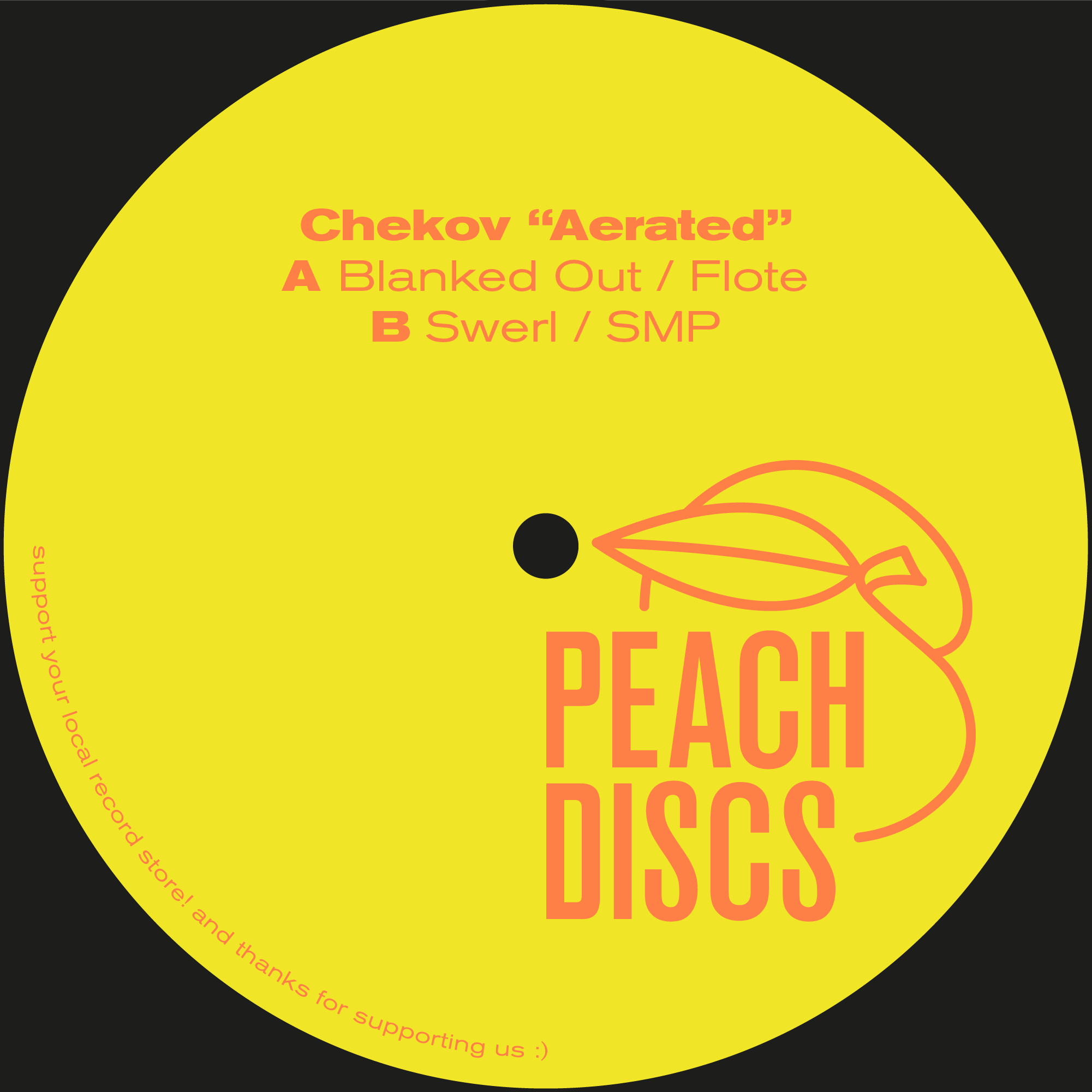 Being your third appearance on a label with Bristolian roots, would you say you feel an affinity with the city and its scene?

Certainly the mythology of Bristol has made an impression on me! I’ve never spent much time there myself but it’s always intrigued me how such a small city has made such a large contribution to our culture. I’d be keen to learn more about how Bristol kept its identity aflame, particularly in comparison to Leeds after the early ‘90s bleep techno boom.

Can you trace your fascination with dub back to any specific experience?

My first encounters came through learning about dubstep when Burial was nominated for the Mercury Prize in 2008; I remember asking my dad about it cos I knew he had a couple Bob Marley LPs. He gave me some compilations curated by Don Letts which were a mix of ‘70s classic roots reggae vocal tracks, as well as ‘versions’ from the likes of King Tubby and Scientist. The CD liner notes were super in-depth and spoke about the wider social context in both Jamaica and London (where Letts was resident DJ at infamous punk dive, the Roxy.)

The comps entered heavy rotation on my walk to school, and eventually a friend and I decided to try our luck going to a local soundsystem night in York. I think it’s safe to say we got hooked on the physical side of the music, and it’s stuck with me ever since.

Which dance music producers using dub FX and production techniques have made a significant impression?

The Basic Channel canon seems a good place to start… Beyond that, the teams of Kode9 and Spaceape (RIP), Digital Mystikz & Loefah, and King Midas Sound were all super important in my earlier journeys through this world.

It’s hard to narrow it down much further; dub so often lies at the foundation of what interests me in electronic music. Sometimes it’s referenced explicitly, but more often it shines through for me in the way people explore textures and restraint in sound.

Some artists I’ve been digging more recently in this vein are Beta Librae, Ground, Parris, and Beatrice Dillon.

And finally, what’s next on the agenda for Chekov?

No immediate plans; like many others, I imagine, I’ve been thinking about making steps towards working with a longer format release. I’ve found myself listening a lot more to albums over singles or mixtapes in the last year, so we’ll see what happens. My focus is more on staying sane and healthy over the next few months, so I’m in no rush.

Take care out there, everyone <3

Aerated is out now on Peach Discs | Buy it here