Social distancing getting you down? Feel like you’re beginning to fray at the edges? ‘Locked In (Isolutions)’ is a week of iso-themed content, geared towards making yet another 7 days of stay-at-home mundanity that bit more bearable…

In these strange and uncertain times, the human experience is actively being relocated online in response to extended quarantine. The club night as we knew it is currently heavily incompatible with social distancing measures, so we look now, as we often have, to technology. Early expressions of ‘virtual clubbing’ under corona currently manifest as Zoom Parties and Facebook streams. Our timelines now creek under the weight of 1000 mid-shots of technics atop Ikea Kallax units (the DJ’s favourite desk), cheese plants swaying softly to the beat behind them. Seeing the internet awash with lukewarm Sunday newspaper musings on the subject, it’s hard to repel the reaction that watching a stream of someone DJing clearly isn’t clubbing, not to mention quite boring.

Like many, I miss the club. Not only for the obvious joys of the music, or being within 2 meters of another human, but for the sheer unpredictability of the experiences and the friendships we make within that precious time and space. We already know that clubbing’s at it’s best when it’s a game: that might be bluffing my way into a club underaged, wearing my deepest blacks and memorising line-ups to get into Berghain, or trying to work out the location of the ubiquitous ‘Undisclosed South London Basement’ ahead of its announcement. Against this, streams and Zooms seem clinical – more akin to a kind of visual radio than clubbing. So what’s the alternative? 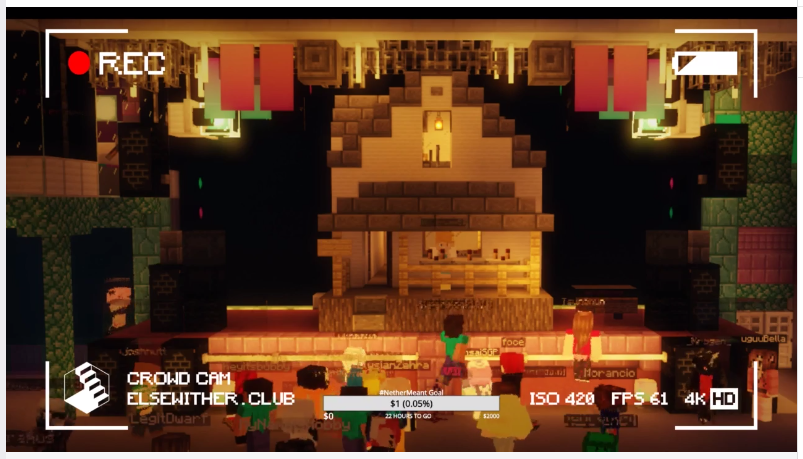 Virtual clubbing is far from a new phenomena. Zoom and Facebook offer weak versions of something that has long been possible in virtual sandbox simulation environments such as Viro, Vr Chat, Minecraft and even Grand Theft Auto. Released in 2003, LindenLab’s Second Life wasn’t the first, but it was one of the more successful attempts to digitise life. The simulator formed a significant part of the early ’00s zeitgeist, with a distinctive aesthetic that still echoes through meta-modernist music labels such as PC Music today. What was so compelling about SL was its dedication to verisimilitude: offering spaces and financial incentives for users to create bars, restaurants and clubs where players could not only dance, but could also DJ and promote in real ways for real money.

Not quite the bustling hive of activity the game was in the early ’00s, you can still visit a club relatively simply through the website today. Clubs like Ambrosia, Rez, and Grind are spoken of with the same nostalgic tones we use to discuss departed ‘real-world clubs’, and that’s because they are too. The people speak of the owners, the DJs, their friends, their time spent in these digital spaces, the real experiences made. How many of us will be doing the same of these Zoom streams in 20 years time?

Like many real-world clubbing destinations that have since lost their sheen, Second Life is an interesting place to visit, but a shadow of its former self. Today’s virtual clubbing is situated in established game environments as VR Chat and Minecraft. Whilst the former is best placed with a virtual reality headset such as an Oculus Rift, it can be played through Steam without one. However, with headset on, the game affords a deep level of immersion and interactivity that genuinely feels close to real life. 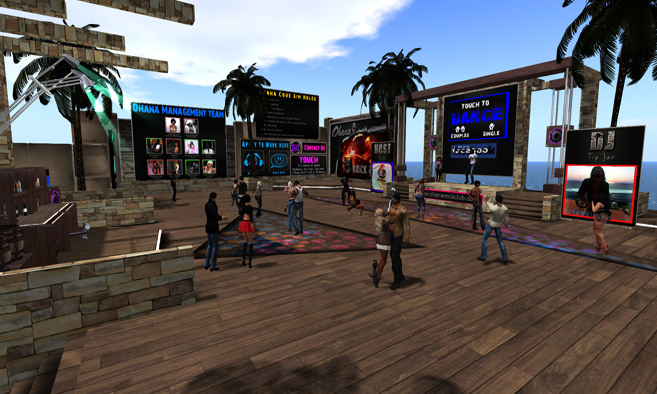 It would be tempting to see Open Pit‘s most recent offering – an evening in Minecraft fundraiser for Corona Virus charity Good360 under the name Nethermeant: Elsewither – as a reaction to the virus. In actual fact, Nethermeant the latest in a succession of Minecraft club nights from the promoter that has included MineGala and the brilliantly titled CoalChella. These club nights present an all-out blitz of maximalism with little care for tempos, transitions and static BPMs – instead they’re infused with pure quantity of ideas. Attending Nethermeant, Coronavirus was far from my mind. To myself and everyone in the club, it felt like a perfectly reasonable way to spend a Friday evening even without a global pandemic humming away in the background. These gigs have a tight connection to ‘post-PC’ affiliated artists, with names such as 100Gecs, Dorian Electra and Umru often DJing, hosting and to be seen in the crowd at these events. The upcoming Open Pit x 100Gecs collaboration event Square Garden on the 24th April isn’t to be missed either.

Whilst largely critical of streaming events from the get-go, I was pleasantly surprised and impressed with RA’s collaborative YouTube project, Club Quarantäne. That said, a 42-hour rave wouldn’t raise an eyebrow to anyone who’s experienced European-style clubbing, while a the star-studded lineup is to be expected. Instead, I was taken aback by the genuine level of flexibility the project afforded, not to mention its stellar execution. Streaming events for me pale in comparison to Second Life and Minecraft’s interact-able worlds, but the multiple rooms of Club Quarantäne provided a genuine feeling that I was exploring the space. A secret back room hosted multiple toilet cubicles that had to be vacated before entering. Securely in the virtual stall, a frenetic chatroom was revealed and I recognised a feeling I’d long missed while reams of text asking ‘ket?’ ‘keta?’ ‘k?’ in various slang or translations quickly grew. It was the simple joy of finding a secret event, room or occurrence in the club to report back to my friends.

Virtual spaces have a rather deftly obvious utility during the times of lockdown, but it isn’t hard to see a future where they become the norm. As virtual reality improves and becomes increasingly accessible, we may reach a degree of verisimilitude where physical clubs aren’t just obsolete, and less inspiring than their ‘real-world’ counterparts, but wasteful. Boiler Room has long been working on the concept. They are by no means a pioneer in the space, but an interesting touchstone to demonstrate a mainstream relevance they’ve had for years. So with this in mind, there’s never been a better time to explore the form’s past in Second Life, it’s present in VR Chat or Minecraft, or to begin looking to, and imagining their future permutations unchained from the yoke of reality. Maybe you could try unchaining from the yoke of reality this weekend, and club online!