“In the junkyard we are all richer, have more opportunities, more information, but are dispossessed. The city no longer belongs to us, it is a Disneyland of shallow style – we are all tourists here, rootless.” – Derek Jarman, Modern Nature

London’s music scene has suffered severe losses with pressure from oppressive licensing laws, rent hikes and a lack of understanding of the importance of nightlife among policy-makers.

Luckily for you, some party organisers think laws and licenses can go fuck themselves – chances are you’ve been at one of their parties already – on the marshes, under an underpass, in a warehouse, skatepark bowl, canal boat, disused office block, losing your mind somewhere and having a real good time.

Coinciding with the drop of a SuperMassive Black Hole zine documenting the cross-pollination of culture and style in the capital’s subterranean party scene, these organisers speak of a determination to build momentary spaces where city dwellers can be free and build meaningful connections.

“In London the clubs won’t have it”

Sam and Eden wanted their hard psy party, Venus project, to create a space for people where self-expression and freedom are not limited by licensing laws.

Venus project was a party for people who wanted an alternative to the standard night out in London where “you can’t move, it’s expensive… security on your back all the time.” Stated Sam. He added that as a party organiser the stipulations for the clubs to maintain a license felt aggressive and not conducive to a good night out.

In addition, licensing laws and misconceptions about the they type of people that attend psy parties and the types of drugs they take meant that “in London the clubs won’t have it.”

“I just wanted to throw a good party but it doesn’t fit into the London scene – that’s why it’s underground.”

“Clubs aren’t a pleasant place to be”

Emma, who wanted her collective to remain anonymous agreed that “venues are under a lot of pressure – with councils taking away licences, they’re not always the most pleasant place to be.”

Following a period of frustration with several clubs, she started “a techno and house collective, with the occasional bit of breakbeat…people can do what they want, and not have to worry about looking over their shoulder”

“We need to make our own network and economy underground”

Other party organisers aren’t just driven underground by licensing laws but also their inability to create community within conventional spaces:

Stex, Yara and ChiCho make up Party Hard. Originating in Italy, the music community has been running techno parties in London for the last few months.

The intention of the parties is to create an ‘autonomous community’ with its own “network and economy.” Their parties are only promoted through word-of-mouth, and unusual party set-ups with games and outdoor galleries encourage “different people to connect on the same level.”

The parties are “something like a happening in the 60s,” said ChiCho, and not just about dancing and getting messy – it’s a space to express the freedom that society prohibits, “why shouldn’t we dance free under the sky?” 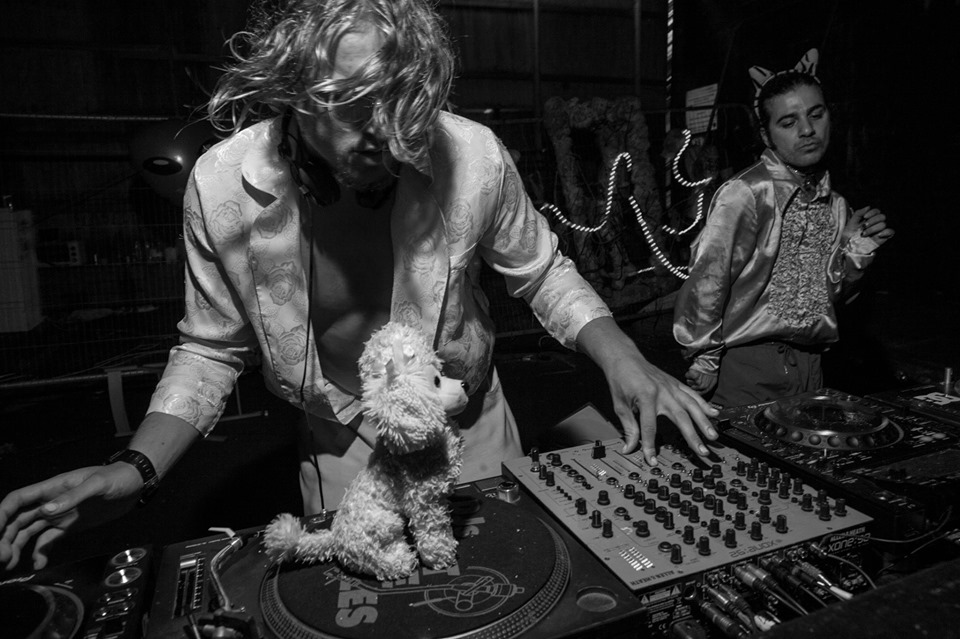 Getting outside the money mindset

Party Hard wants to “get outside of this mindset which is just about cash, just about money, just about power – we are totally against this mentality in the parties.”

Legal clubs don’t enable this, “in a club I feel like I’m in a cage. Sometimes I’m scared they’re gonna take this away from us, to dance free, this is one of the most ancient things as human beings.”

“We totally believe that the music is free, the party is free, and it’s good to make party to just free the spaces, to create a temporary community and then break it down and leave it a better place”

A place of imagination for London’s “kind strangers”

The Curly Monster has been running Creatures since 2015 , describing itself as an “Inner-city space-rave, designed to enhance your sense of imagination, liberation & hedonism” .

For him too, Creatures began as a space to bring people together and get in touch with themselves, other people and their creativity:

“Funny enough Blanche’s ‘I have always depended on the kindness of strangers’ quote from ‘A Streetcar Named Desire’ was quite an inspiration for Creatures… We wanted to make an event for the ‘kind strangers’ of London aka Creatures of the night” with the focus on creating a “coherent diversity” explained The Curly Monster.

A place to play

Again for The Curly Monster, this creation of community and imagination is not accessible from within a club without a compromise:

“There are too many factors from personal, social, trivial, spiritual & intuitive. I guess it’s where we felt the pulse of the city and what felt most relevant in our view of London’s spirit. Maybe also because we are too stubborn and a little bit control freak-ish and like to do our own thing without much compromise.”

Echoing the Creatures and Party Hard crews, S believes underground parties are inclusive and community-forming events by nature. Their non-exclusive policy enables people from a wide variety of backgrounds and socio-economic classes to come together.

But this is what she views as so terrifying for policy makers, “as soon as you bring people together and they’re there for the music and they get chatting, then they start to realise the bigger picture (in society), and it is the bigger picture that is scary.”

In Sam’s words: “you have so many people together, not doing what they are supposed to be doing” – the parties exist outside of the law because the organisers and revellers don’t feel there is not enough space to create the types of freedom and community within the legal structure of nightlife in the city.

Whether as an organiser or attendee, we’re playing our role in momentarily redefining the purpose of public spaces and suggesting an alternative vision of the future. 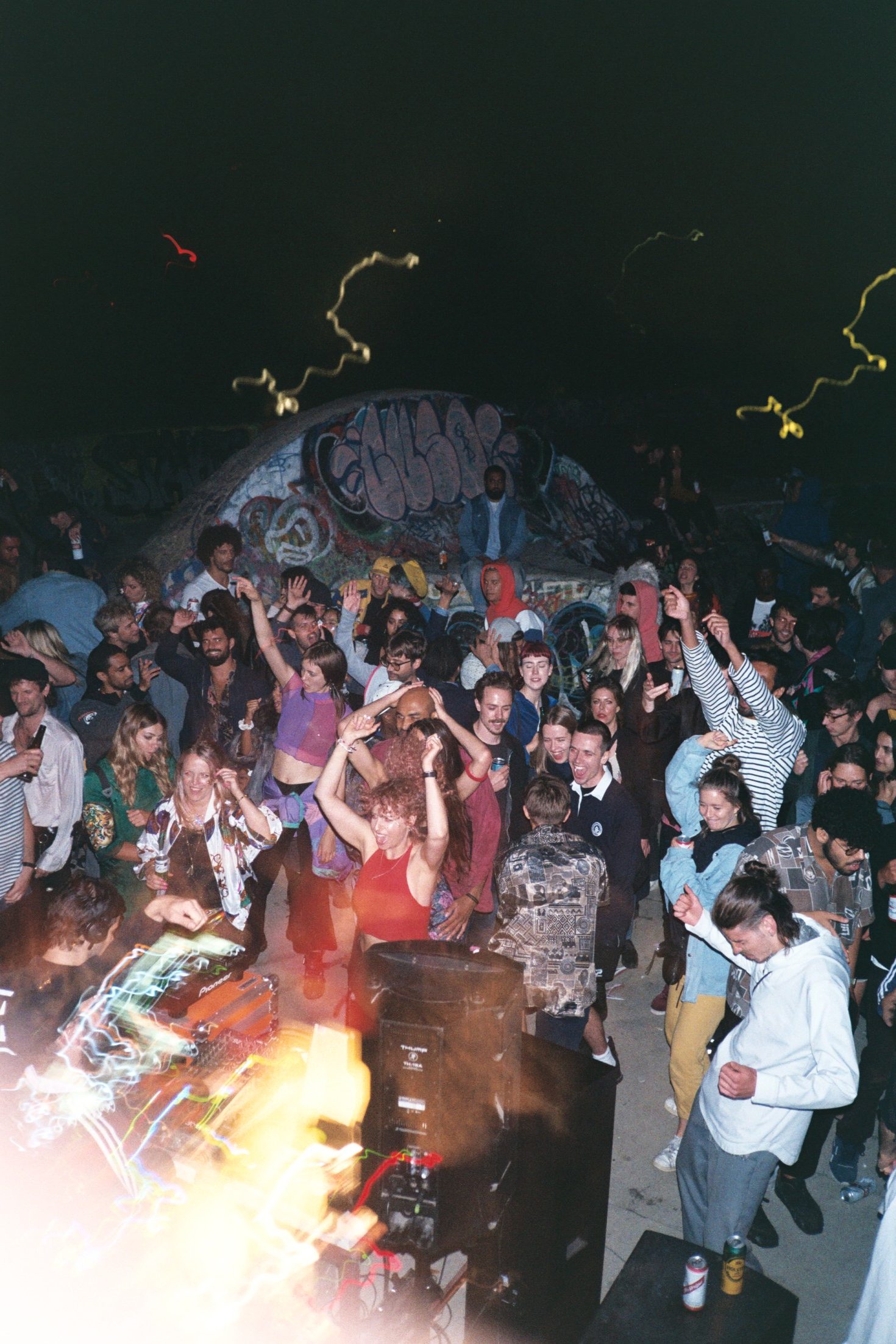 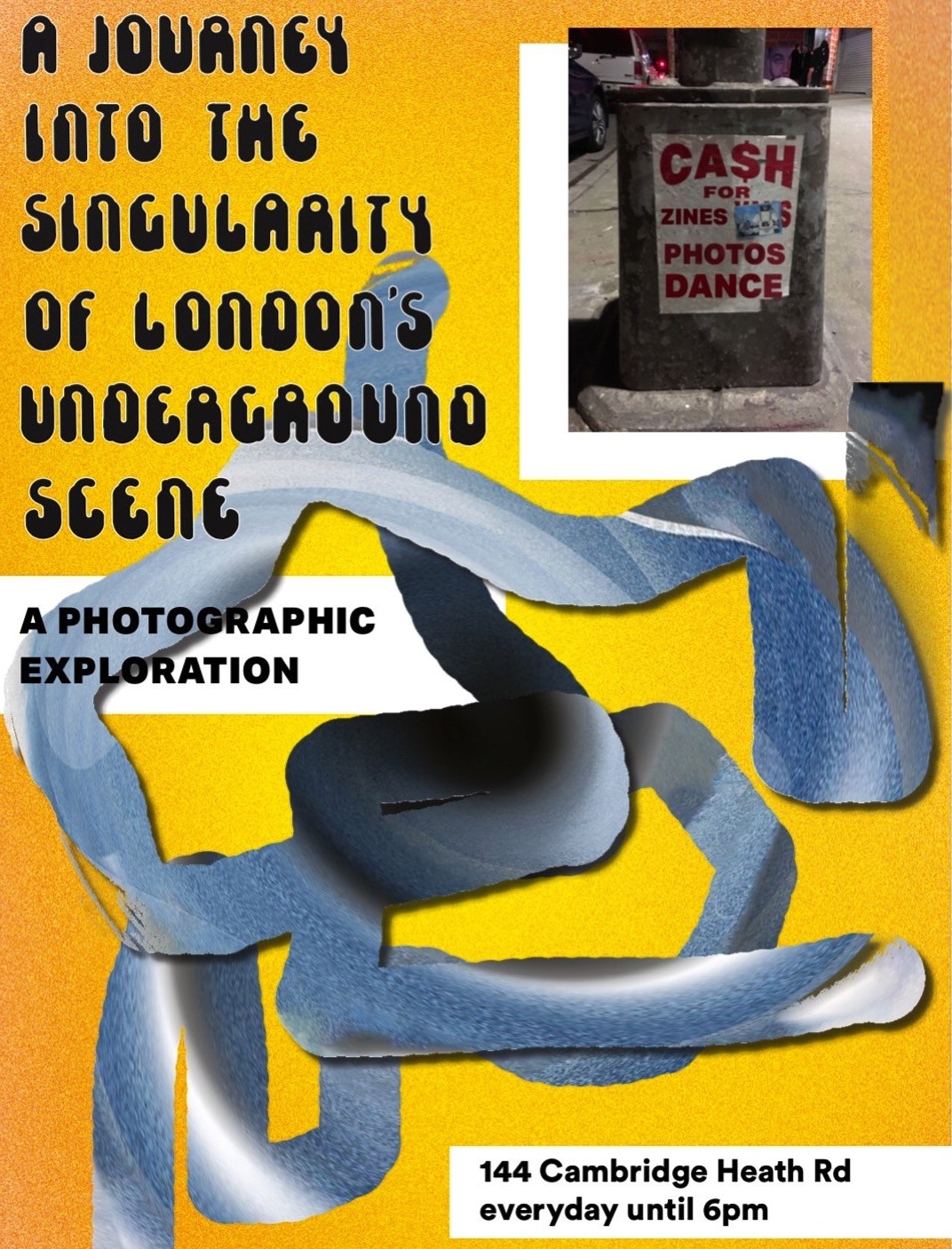 Words by Kate Martyr and Michael Christov
Photos (in this order) by Kate Moon, Nick Ensing and John Liddell