It’s been 3 years since Jonny Nash and Suzanne Kraft released Passive Aggressive. A largely tranquil listening experience laced with moments of tension, the album bears similarities with its 2020 successor: all hushed tones, with arrangements that give rise to a sense of space, both are meticulously detailed exercises in ambience released on Nash’s Melody As Truth imprint. Furthermore, both were recorded in unfamiliar environments and written with a limited set of tools as the duo set out to explore the potential of those limitations. That, however, is where the similarities end.

Where the 2017 release utilised software-based instruments, A Heart So White focuses on “acoustic instrumentation, breath, air and physical space.” Recorded in the Willem Twee Concertzaal, a converted synagogue in Den Bosch, Holland, the in-house mechanical drawer organ and Steinway piano were put to work with a deftness and a lightness of touch we had yet to hear from the duo. A collaboration that continues to bear fruit, Nash and Kraft went head-to-head to speak about their new album.

Jonny Nash: So it’s been three years between our new record A Heart So White and the first album we made together, Passive Aggressive. What changes and/or evolution do you think have taken place during those years?

Suzanne Kraft: Well, during this time we both relocated to Amsterdam and then immediately started sharing a studio, which is starkly different from where we were before Passive Aggressive. That was more like “lets meet up and try making a record,” and turns out we could. Since then we have been sharing a space and unavoidably sharing music, studio time and ideas. As good as that is, it’s totally different to having a clear goal of making a record and we tend to spend a lot of time just fucking around with stuff – experimenting. Definitely for the first year we weren’t even doing anything much. Which I think was maybe getting a little frustrating but that’s not to say it wasn’t incredibly useful. It was like practice I guess. Then, without even addressing it, I think we both wanted to make a new body of work (again) that was more focused or deliberate.

JN: It’s funny I guess that even though we had this period of time since 2017, like working together on stuff all the time, we haven’t actually released any new albums until now. The only work we have released has been the MATstudio 3 records.

SK: Yeah, and the MATstudio series really came about because we had all this music that didn’t really have a place of its own, and wondering what we could do with it. That’s what the MATstudio records illustrate; all of the experimenting and trying out new ideas put together in a collage that is, hopefully, more than the sum of the parts. We really spent these last years creating this vocabulary between us and that came from sharing the studio.

JN: It’s not surprising in a way that it took us getting out of the studio to make a complete album.

SK: Yeah, I mean I hate this analogy but we basically sharpened these tools to then take elsewhere. We didn’t necessarily have all of these tools when we made Passive Aggressive but there are similarities in approach between both records. I do remember the first day or two of Passive Aggressive we were like, “Lets find a palette of sounds and set some kind of limitations.” That’s where it all started, because we were using computers and a few other guitars and synths but from very early on we were like, we can’t use everything, lets self-impose some limitations so we can move forwards instead of being stuck with choice paralysis. Which agreed with us. I guess the years in between we were happy to be in that zone of choice paralysis until we decided, once again, to leave it by working with a limited palette in the Willem Twee hall. 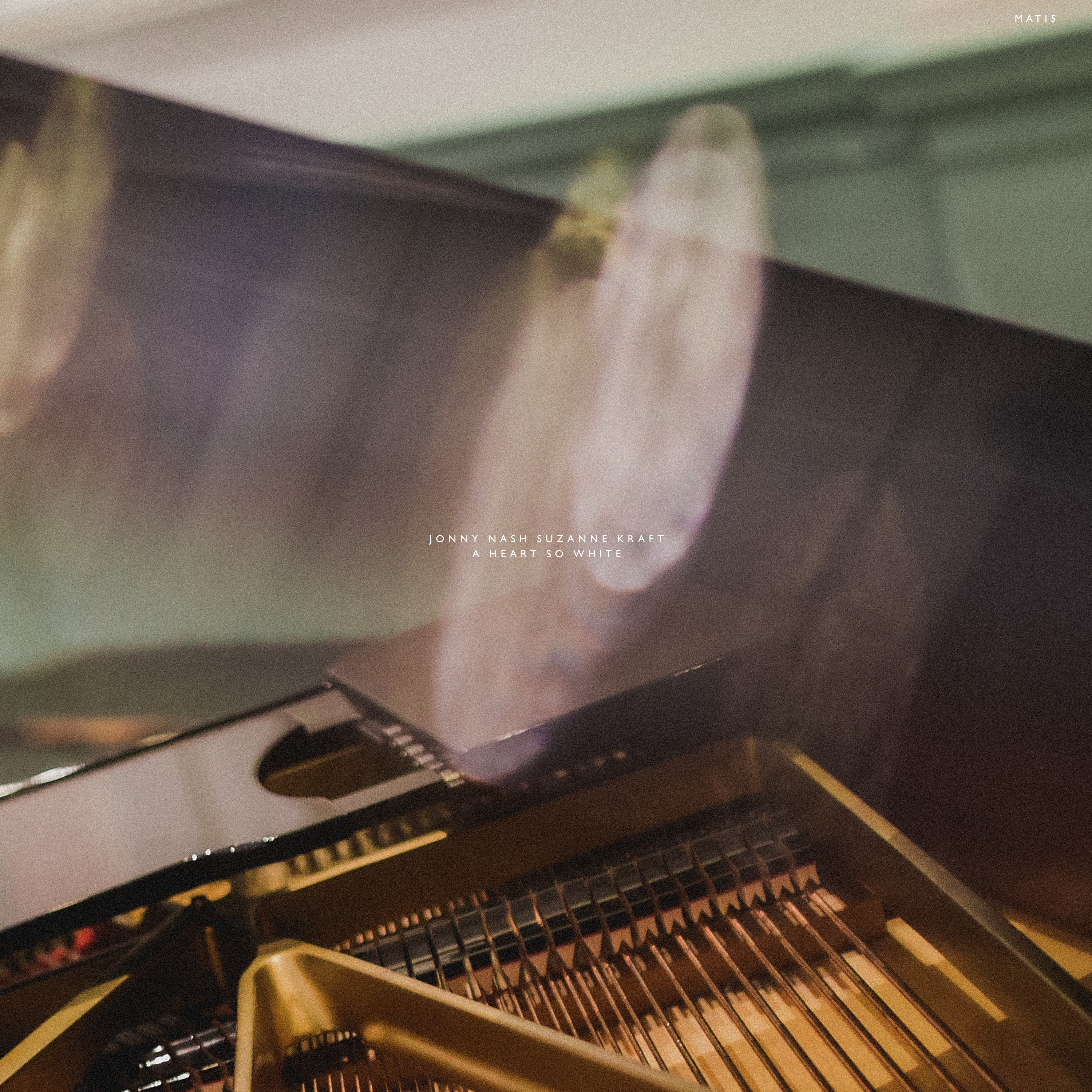 JN: Yeah it’s interesting. In many ways Passive Aggressive and A Heart So White share this parallel of working with a limited set of tools and this strictly defined palette of sounds. In what way do you think that 3 years of working together more was reflected in the new record?

SK: Well, we pushed the limitations, if you will. It was very different in that with Passive Aggressive we were actively recording and using the studio as a tool, applying effects whilst playing, but with A Heart So White we took it further but also regressing, like these are two live instruments that you can’t really do anything with but just play. If something is not working, stop and move on.

JN: Yeah, for me this record almost defines the end point of exploring this route that we have gone down in the last few years of stripping things back and working with as little as possible to reveal some inherent personal style. I feel that has been an interesting exploration and this feels like about as extreme as you could go with that approach, the natural final evolution of that sound. In the way we play the instruments but also in the wider context of how the record was made. I mean you literally came into the hall, sat down and started playing this organ that you had never played before. You can’t really get more spontaneous than that. You hadn’t even played an organ before. Also an interesting dynamic was that you were located on the balcony and I was on the stage, with our backs to each other. There was no communication whatsoever; we just had to rely on our instincts.

SK: What makes it also feel like a culmination for me is this sort of sense of catharsis that I get from it – a sense we’ve both spoken about more recently. I mean, I feel like we are both capable musicians yet we don’t really rely on these skills in the studio because you can overdub and re-record and aren’t writing parts like you would if you were in a more traditional “band” situation. This was kind a return to that, even if it was improvised and spontaneous.

JN: Yeah just taking away all of the crutches of possibilities in the studio.

SK: You mentioned that it is the extreme or the logical endpoint of a certain exploration or sound but I like that it’s not as extreme as having no effects, no editing or nothing like that. Keeping these elements in lends itself to the feeling when you listen like “What is that exactly, is that part played or not?” With edits and effects there’s a level of uncertainly introduced to the listener. That speaks to something I think we both like: not knowing everything that is going on behind the scenes, leaving something to the imagination of the listener, which I think is important. 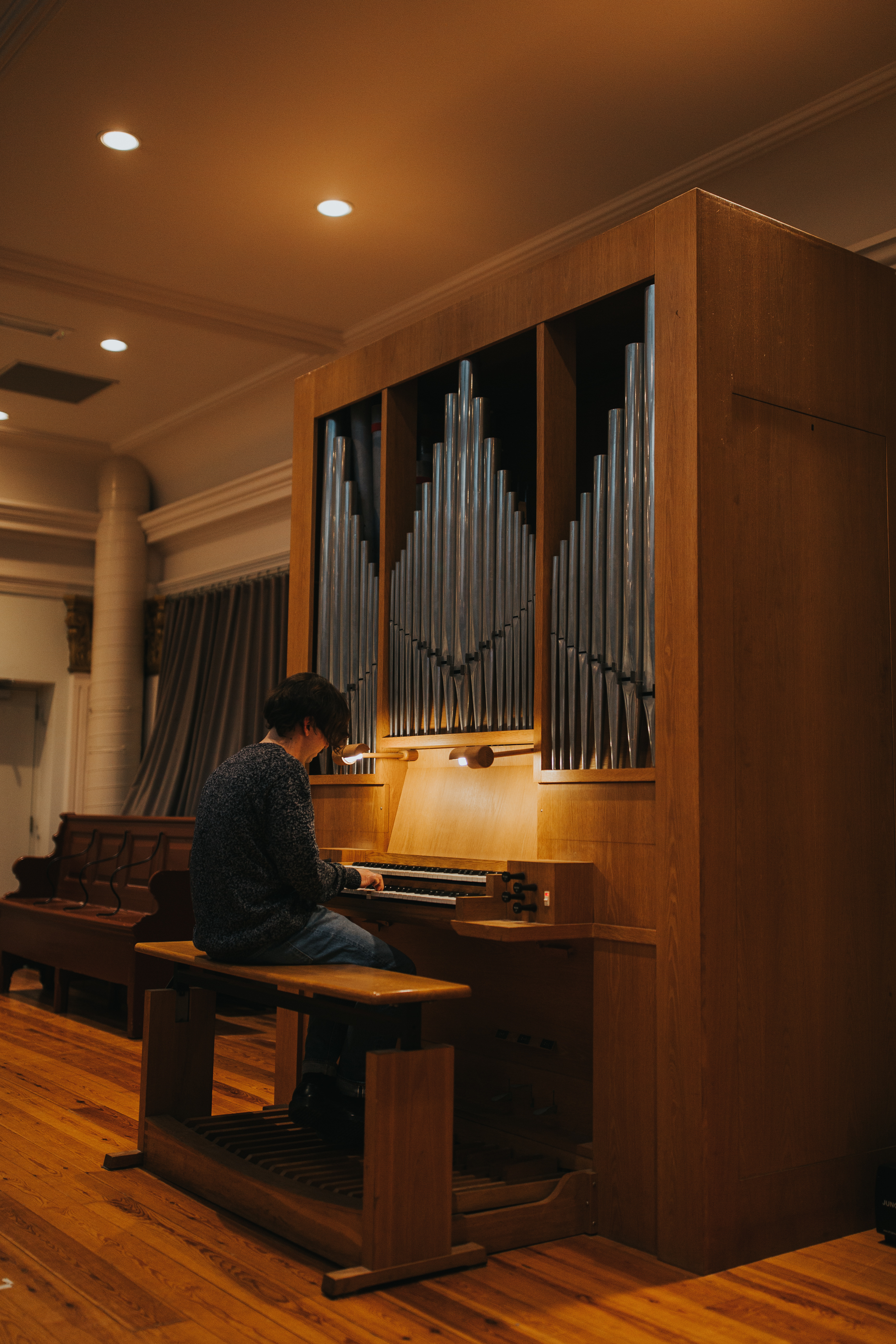 JN: I do like this approach of lightly adding touches which position it and contextualise the music in a way that make it slightly odd.

SK: It keeps things from being literal. I get this sense especially in recent years that an audience wants everything to be spelled out so they know what to think about something. Not just in music but in culture in general. People seem apprehensive to come to their own conclusions.

JN: Yes… I’m expecting to read multiple reviews of how this record is some kind of “deep relaxing, listen” which in some respects it can be, but for me is actually much more of a tense record.

JN: Yeah. I think that this maybe gets overlooked because it has to be peeled back to be heard in that way. I think especially with the way A Heart So White is constructed, the way the tracks are ordered, for me I can listen to it sometime and it can be quite… enjoyable (laughs) but sometimes I find it too intense. I like this record because there are a lot of creaks, groans, the sound of a lung collapsing, all of these sounds that are borderline annoying if you are in the wrong state of mind. I do like the balance of tension that this brings. I don’t know whether that is something that is noted or not; if it comes across…

SK: Which I prefer! I mean back to Passive Aggressive, the whole time we were working on it, it was kind of tense too, there was already some underlying tension with all of the pieces but for the most part it seems that people take it to be a “deep bath” kind of thing. Which is fine… I like that things get missed or that they maybe get discovered later… Or we just suck at conveying our ideas (laughs).

JN: Yeah, perhaps that’s it. For me I always feel like there is some tension and sense of unease that exists underneath the surface if you look but I also like the fact that it is concealed and not noticed. But for me it is definitely there. A Heart So White is interesting to me as it can feel quite claustrophobic but that depends on what frame of mind you are in. Sometimes I can listen to it and I feel like I’m stuck in a small room with no way to escape and other times it really makes me zone out and feel good. I like how ambiguous the record is in this way. It’s not devoid of emotion but it is weirdly neutral.

SK: Do you think there is any sense of humour conveyed in the music you do?

JN: I don’t take things seriously but I tend to not really end up expressing humour within music itself. I think there is a definite playfulness… There are different chapters of how you work. Some records are about deliberate choices and time spent planning but I also think we have spent these last few years really with the approach of music as “play” and having fun, messing around. I can imagine things come in waves, you have a period where you want to be super deliberate with tiny details but I think both with working in the studio and with this record things are always very based around the idea of looseness and trying things out. What I like is this technique which we’ve explored of using improvised structure as the basis on which we make deliberate decisions and arrangements. I think this is a fun and interesting way to work, taking something that was recorded accidentally and creating a tight arrangement and structure on top of it. It’s nice that this record has slight touches of that too with the little overdubs that were done, for example the guitar part on ‘Knife’.

SK: This record is coming out at quite an interesting time. Do you feel current events ever play a role in your making of music?

JN: It’s an interesting question. Music can be made through links to the times and the politics or through expressing personal worlds imagined. I think both are equally valid. I fall into the second of those categories. Up until now, the music that I make doesn’t really have a social or political message per se, it is the result of a personal way of looking at the world and imagining things. It’s interesting to question what the value of this ‘personal imagination’ approach is in a wider context. Sometimes I find it hard to justify the value of works made in this ‘vacuum’, but strangely enough, with all of this stuff going on now it has reminded me that art made in a zone not connected to current events can have value through the simple act of making people feel good. I mean, maybe people might like this and get something from it.

SK: Yeah something as intangible as just feeling good or escapism is kind of more valuable and warranted now. 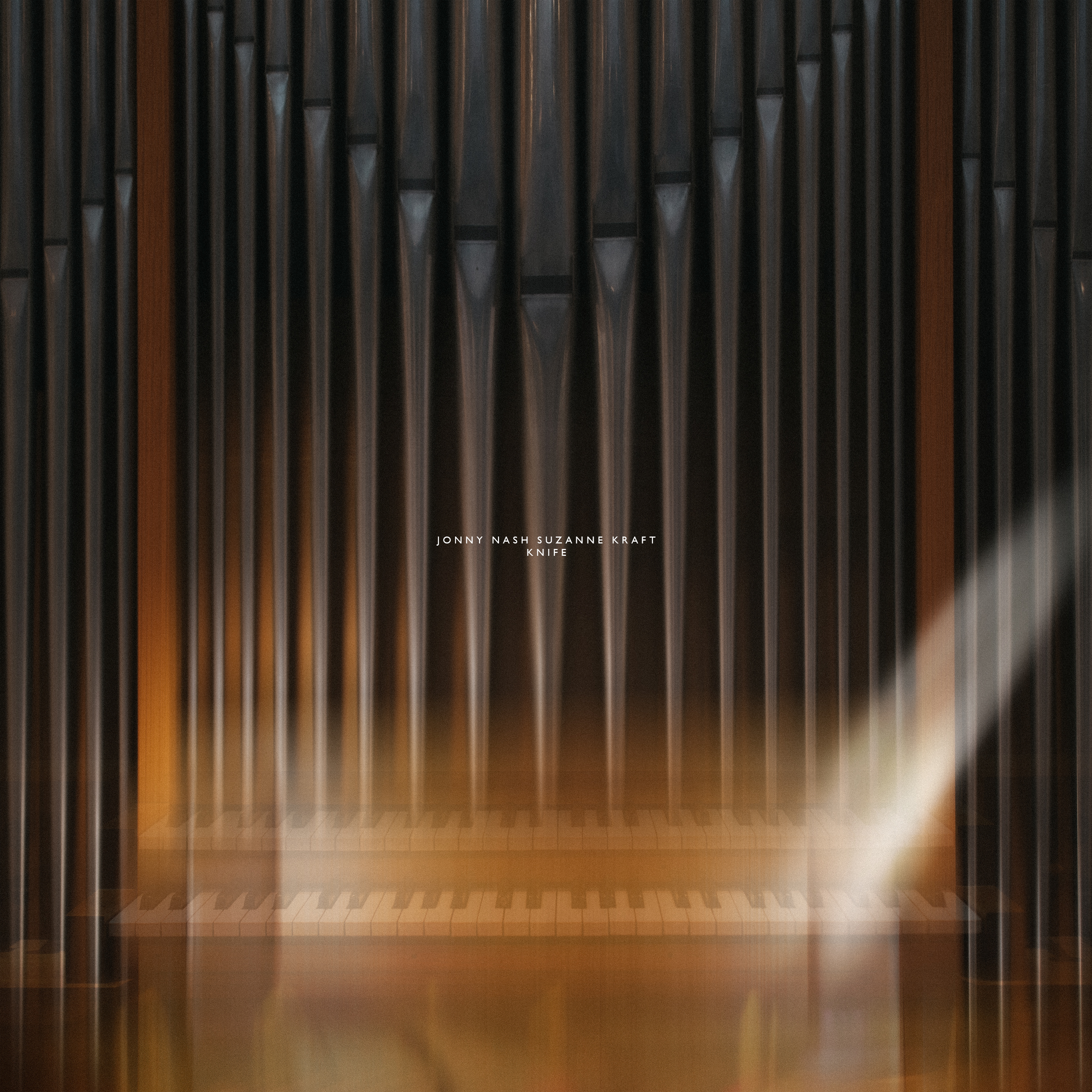